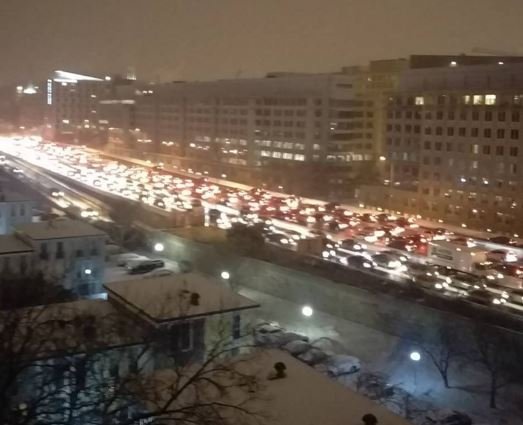 AAA forecasts that more than one-third of Americans will travel this holiday season. The record-breaking 112.5 million travelers taking to the nation’s runways, roads and rails for the year-end holidays represents a 4.4 percent increase over last year and the most since AAA has been tracking holiday travel. For the more than 102 million people who will pack up their cars for a holiday road trip, INRIX, a global mobility analytics company, predicts travel times in the most congested cities in the U.S. could be as much as four times longer than a normal trip.

“‘Tis the season for holiday travel, and more Americans than ever will journey to spend time with friends and family or choose to take a vacation,” said Bryan Shilling, managing director, AAA Travel products and services. “Strong economic growth fueled by robust consumer spending continues to drive strong demand for seasonal travel. With a record-breaking one-third of the country choosing to travel this holiday, roadways and airports are sure to be busy.”

The year-end holiday travel period is defined as Saturday, December 22 through Tuesday, January 1, 2019. The 11-day span is one day longer than last year, due to Christmas and New Year’s Day falling on Tuesdays this year.

Holiday Hotspots
Based on historical and recent travel trends, INRIX expects drivers to experience the greatest amount of congestion before the holiday week – starting on Wednesday, December 19 – as commuters and holiday travelers mix on our nation’s busiest roadways. Drivers in Atlanta, New York City, Boston and Houston will see travel times more than three times a normal trip.

“With a record-level number of travelers hitting the road this holiday, drivers must be prepared for delays in major metro areas – with Thursday, December 20 being the nation’s worst day to travel,” says Trevor Reed, transportation analyst at INRIX. “Our advice is to avoid traveling during peak commuting hours. If schedules allow, leave bright and early, or after the morning commute.”

Falling Gas Prices Motivating More Holiday Travelers to Drive
While gas has been relatively expensive throughout this year, a recent drop to the cheapest national gas price averages of the year, combined with rising disposable income, is motivating more Americans to hit the road this holiday season. Gas prices averaged $2.46 for the first week of December, which is two cents per gallon less than one year ago.

Best Times to Fly and Book Christmas Flights
An analysis of AAA’s flight booking data from the last three years revealed that most holiday air travelers depart two or three days before Christmas and return the day after the holiday. This holiday season, Saturday, December 22, Sunday, December 23 and Wednesday, December 26 will be the busiest days in the skies and at the airports. Fewer holiday travelers choose to fly on Christmas Eve (Monday, December 24) and Christmas Day (Tuesday, December 25), which are the lightest travel days around the Christmas holiday.

Most travelers booked their Christmas flights between October 26 and November 27, paying an average ticket price of $561 roundtrip. Last-minute planners who book between December 12-18 this year can expect to pay the lowest average airfares, at $488. However, those travelers risk encountering limited availability and their preferred flights may already be sold out.

Car Rental Costs Reach 10-Year High, Hotel Prices Mixed
Holiday road trippers should budget slightly more for a rental car this year, as daily rates have increased 3 percent over last year. At $76, the daily average car rental rate this holiday season is the most expensive in 10 years. Travelers will also pay a bit more at AAA Two Diamond hotels, where prices are 1 percent more than last year, or $122 per night. Conversely, the average rate for AAA Three Diamond hotels has fallen 3 percent to an average nightly cost of $152.

Top 10 Year-End Travel Destinations
Warm-weather destinations are top draws in the winter months, occupying nine of the top 10 spots on the list of most popular holiday destinations, based on AAA’s online and travel agency air and tour bookings. The major cruise ports of Fort Lauderdale and Miami have both gained in popularity compared with last year, on the heels of a strong year for cruise sales. Meanwhile, New York City, the only cold-weather destination to make the top 10, can also expect a growing influx of travelers this holiday season.

Support Conservative Daily News with a small donation via Paypal or credit card that will go towards supporting the news and commentary you've come to appreciate.
Tags
Christmas traffic Travel