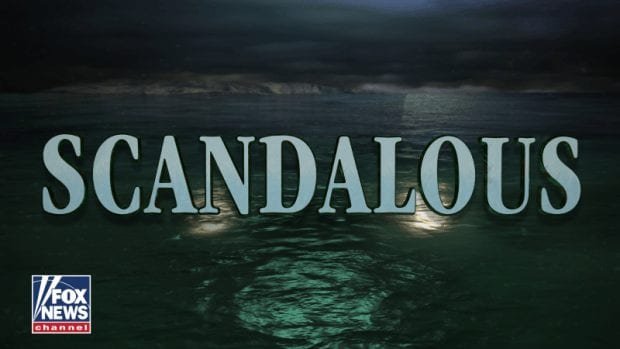 The final episode, “Stranger Than Fiction,” will dive into the later life of Senator Ted Kennedy, as he serves in the United States Senate, decades after his car was found in the waters off Chappaquiddick. The program will spotlight Kennedy as he battles a brain tumor and soon passes away in 2009, taking with him the only true first-hand knowledge of what happened on the night of campaign strategist Mary Jo Kopechne’s death. Speculation and theories continue to surface as the nation tries to fill the void left by Senator Kennedy’s continued silence and shifting stories.

“According to Senator Kennedy, later around 11:15 PM, plenty of time to make the midnight ferry back to Edgartown, he says he was tired, Mary Jo Kopechne was tired, so they just decided to go home,” said Michael Graham.

It was Sheriff Christopher “Huck” Look who had claimed he saw Kennedy’s car driving on Dike Road around 12:45 am, nearly an hour and a half after Kennedy claimed he left the party with Mary Jo Kopechne.

He got away with the lightest slap on the wrist and Mary Jo, that was the end of her life.

Leslie Leland, a former foreman of the Dukes County grand jury said that while she’s not sure exactly what happened, she knew Kennedy had gotten away with something.

“I don’t know, because I’ve heard so many stories and some have some good ideas and possibilities but I don’t, I honestly don’t know what really happened other then he got away with the lightest slap on the wrist and Mary Jo, that was the end of her life,” Leland says in the documentary.

There were hours of air in that car by his estimate when the car went into the water. Hours.

The diver called in by police, John Farrar, gave a lengthy interview a few years later. He claimed that there were hours of air in that car by his estimate when the car went into the water. Hours.

“I’m not a medical examiner, I don’t do the biology part, I do the diving part,” he said.

He also said that it appeared to him that Mary Jo Kopechne had been in that car for hours and that she had suffocated before she had drowned – something an autopsy would have revealed.

The final episode will air on FNC Sunday evening at 8 p.m. EST and an extended director’s cut version containing additional footage and longer guest interviews will be available on FOX Nation, beginning on Sunday at 8:05 p.m. EST.