“Barack Obama’s 2008 campaign paid the largest single fine to the FEC for campaign finance violations in history. Why didn’t anyone go to jail?” reads the Dec. 9 tweet.

With many saying that Trump himself may be implicated in the violations, Mitchell took to Twitter to claim that Obama’s campaign paid the single-largest FEC fine in history.

FEC records show that Obama’s 2008 campaign, “Obama for America,” was hit with a record-breaking $191,135 administrative fine, more than five times larger than the next largest fine. 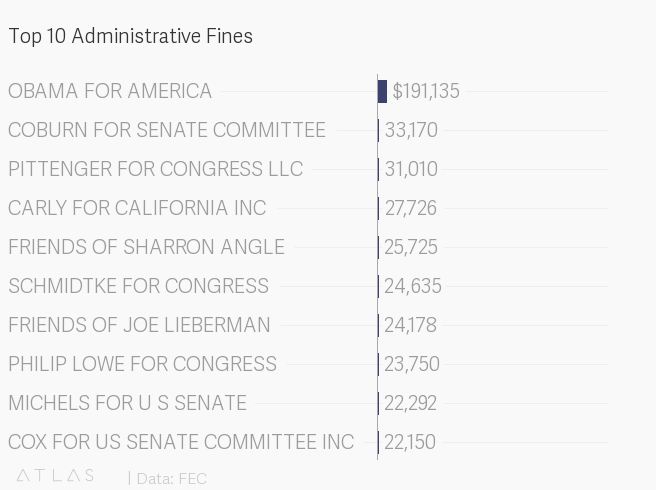 Administrative fines are levied for less serious, more routine matters involving the late or non-filing of reports and are calculated using a formula, according to the FEC. The administrative fine system was first authorized in 2000 in an attempt to streamline the processing of technical violations, allowing the FEC to focus on higher priority matters.

The Obama campaign’s fine was issued after it failed to report 1,266 last-minute campaign contributions, totaling $1.9 million, in a timely manner. This violated an FEC rule that stipulates that a campaign must report all contributions over $1,000 received less than 20 days but more than 48 hours before an election.

In a 2012 conciliatory agreement between the Obama campaign and the FEC, the campaign agreed to pay the administrative fine and an additional civil penalty of $183,865 for two other violations: not returning in a timely fashion $1.4 million in contributions that exceeded the $2,300 per person limit and misreporting the receipt dates for $85.2 million in contributions received through its joint fundraising efforts. The two amounts combined totaled $375,000.

“The 2008 campaign was a record-breaking campaign with over 3 million grass-roots donors,” Katie Hogan, a spokeswoman for the campaign, told The Washington Post at the time. “The very few outstanding questions have now all been resolved.”