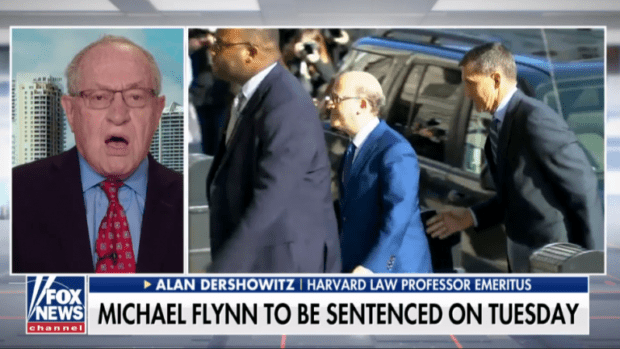 “I suspect we’re on the way to a Mueller report which will find no crimes, but will find political sins,” Dershowitz said on Fox News Monday. “Prosecutors are supposed to find only crimes.”

Flynn has agreed to a guilty plea on the charge of lying to the FBI, but Dershowitz asserts that the FBI already knew the answer to the questions they were asking and Flynn’s responses were not material to understanding those facts.

“When the only purpose of the question is to get you to lie, that’s not a crime. That’s not a material misstatement,” Dershowitz said. “I think the judge has the authority to throw out the plea if he believes that the plea was not to a crime.”

Support Conservative Daily News with a small donation via Paypal or credit card that will go towards supporting the news and commentary you've come to appreciate.
Tags
Alan Dershowitz Michael Flynn