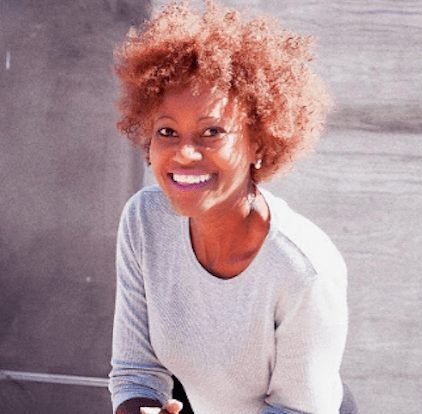 The City of San Francisco’s case against black landlord Anne Kihagi has been emblematic of the City’s anti-landlord mentality – in fact, it’s served as an intense political scare tactic for every landlord in San Francisco.

Ms. Kihagi started buying buildings in San Francisco in 2013. She acquired buildings in great neighborhoods, and by the end of 2014, she had purchased five buildings, which is a feat in and of itself. It’s also worth noting that San Francisco has not seen many successful black landlords since the heyday of the Filmore, which was destroyed by the City along with other black-owned businesses that had thrived there for years.

By now, it’s been widely publicized that, through this suit, the City of San Francisco was able to take millions from this immigrant woman. Beyond the financial wreckage, they also made a point of sabotaging Ms. Kihagi’s public image, labeling her as a poorly kept black owner, a slumlord. This was nowhere near the truth – but Judge Angela Bradstreet and the City of San Francisco were doing anything and everything to send her packing out of the city.

The strategy was clear: silence and overwhelm. To silence her, Judge Bradstreet’s first decisions was to prohibit Ms. Kihagi from testifying in her own trial. This is not to be taken lightly, as it is totally stripping her of her constitutional right.

Overwhelming was easy. The City had multiple attorneys working on the case, in addition to a team of interns. At one hearing, the City brought five attorneys, as compared to Ms. Kihagi’s representation, a lone Vietnamese attorney. Two immigrants facing the mighty City – a modern David and Goliath, except David’s slingshot was nowhere to be found.

The biggest – and most effective – tactic the City used to incapacitate the defense was by petitioning to advance the trial date, thereby significantly cutting their preparation time.

Why? After their motion to immediately end the case was denied, the City sought to maintain a sense of theatrics by bumping up the trial date by several months, asserting that Ms. Kihagi’s management was endangering tenants and the buildings, though the City’s lack of proof was the reason their original motion had been dismissed.

Several judges, as well as a case management referee, recognized the massively skewed benefits that advancing the trial date would give the City. Still, the court approved a sooner trial date, quickly robbing Ms. Kihagi’s team of six months of preparation time.

But their own groundwork was not the defense’s only concern – one referee noted that he “did not think it was possible for all the discovery to be completed within the time frame,” referencing the tens of thousands of pages of paperwork that the City had heaped onto the defense to complete. That’s why he, as well as several judges, recommended that the court extend the trial date, but the new judge – Judge Bradstreet – was not interested in logic or equal opportunity.

The compressed preparation and discovery time – and Ms. Kihagi’s small team’s inability to complete the thousands of requests within the abbreviated time frame – underscored and prejudiced the entire trial. Judge Bradstreet and the City’s attorneys continually referenced the defense’s lack of complete response in the discovery phase, labeling Ms. Kihagi and her counsel as uncooperative. This unfair portrayal naturally soured the court against the defense for the remainder of the trial.

The Court of Appeal also ignored the fact that the courts had given a huge advantage to the City by slashing Ms. Kihagi’s trial time; they only reiterated that the defense’s attorneys could not respond in time, despite the fact that the City had done exactly what they complained Kihagi’s attorney did in regard to discovery.

The Court of Appeal does not disturb the lower courts rulings if there’s any possibility that it had a remote basis. In this case, they refused to change the ruling and resend the case for more time, despite more than three judges’ and two discovery referees’ expert recommendations.

In the Bible, David triumphed over Goliath; but in San Francisco, Goliath always wins.