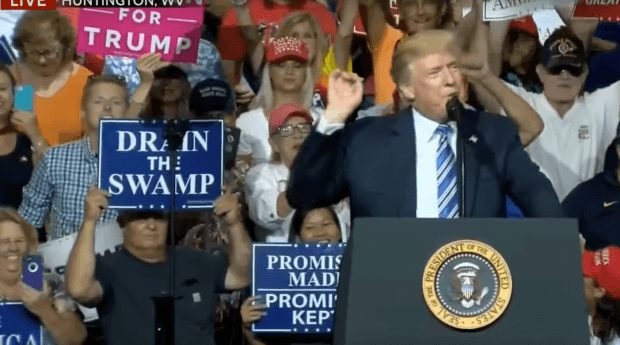 In the most recent poll, Miller is up 5 points over her Democrat opponent, Richard Ojeda.

Ojeda received a 0% score from the NRA for his lack of support of gun rights and he believes that illegal aliens should be offered amnesty. His campaign’s top three donors include two California universities (Stanford and UC) and Google.

Ojeda is mostly funded by outside money. Groups not from West Virginia spent almost $2 million in support of Ojeda and in opposition to Carol Miller. Votevets.org, a progressive political action committee, spent almost $1 million by themselves. The Democratic Congressional Campaign Committee has spent an additional $677,882 in the campaign so far. Ojeda is the creature the swamp has selected to support and they will expect him to vote for their values, not West Virginian’s.

The event begins at 4:00 p.m. EDT. Live Streams will update as they come online.

Support Conservative Daily News with a small donation via Paypal or credit card that will go towards supporting the news and commentary you've come to appreciate.
Tags
Donald Trump rallies Huntington West Virginia