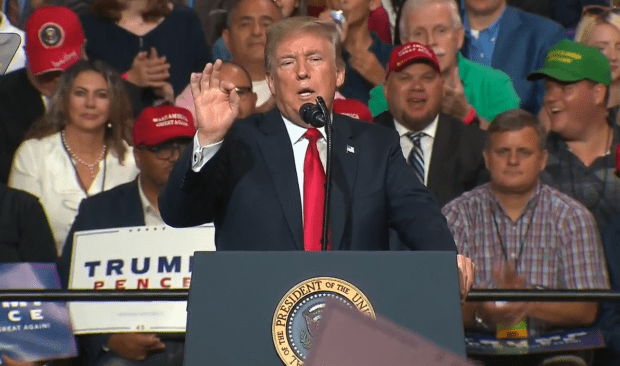 McSally is up 6 points over Democratic party candidate Kyrsten Sinema in a recent ABC 15/OH Predictive Insight poll, but down 3 points in a CBS News/YouGov poll from the same week.

Sinema has a shoddy record on gun rights, as would be expected from a progressive Democrat.

But there’s no doubt where she stands on abortion.

Oh, and who could forget her calling her home state the “meth lab of democracy?”

The rally is scheduled to begin at 7:00 p.m. Mountain Time, doors will open at 4 pm, and tickets are available HERE. CDN will post live streams the day of the event.

Support Conservative Daily News with a small donation via Paypal or credit card that will go towards supporting the news and commentary you've come to appreciate.
Tags
Arizona Mesa