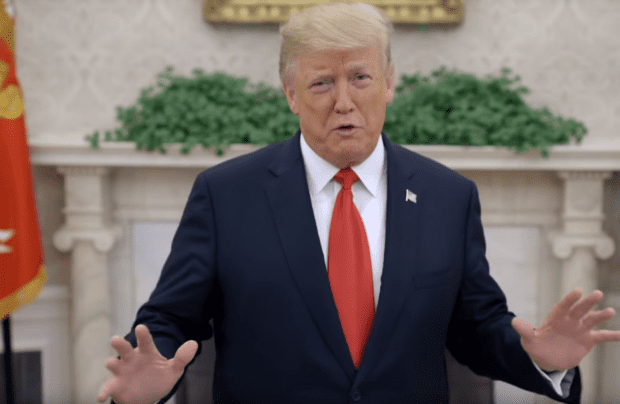 The White House published a video Tuesday in which President Donald Trump told the truth about Democrats’ empty promises on health care.

“Medicare for all is a total lie,” Trump said. “The Democrats are pushing a total takeover of healthcare.”

“It will be the worst thing that’s ever happened to you and your family,” he added.

“You’ll have to double and even triple your taxes and even that won’t be enough to pay for it,” Trump said. “It will turn our country into a Venezuela.”

Support Conservative Daily News with a small donation via Paypal or credit card that will go towards supporting the news and commentary you've come to appreciate.
Tags
health care Medicare for All The White House Trump Administration