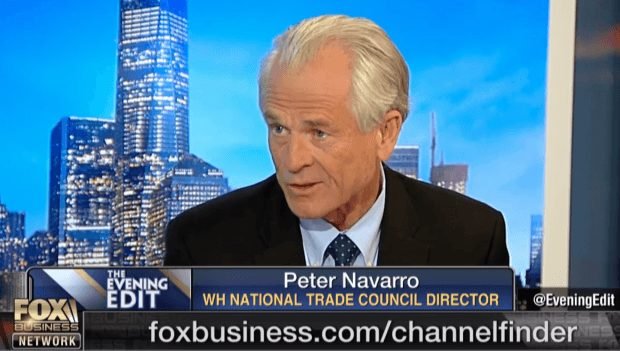 Navarro appeared on Fox Business Network’s “The Evening Edit” Tuesday night and when host Elizabeth MacDonald asked him what he thought of Obama taking credit for the Trump economy he said, “It’s just a fantasy land.”

“Obama didn’t understand the difference between a structural problem, which we had with trade and too much regulation and too high corporate taxes, and a cyclical problem,” Navarro said. “So all he did was do the Keynesian stimulus, the fiscal stimulus, printed a bunch of money, doubled the debt and we just flat-lined.”

Who doesn’t remember the “you didn’t build that”, “2% is the new normal”, “magic wand” idiocy Obama threw out while he was in office. We’ve gone from Democrats’ position that Americans can’t do it so the government must, to the government isn’t the answer, Americans are.