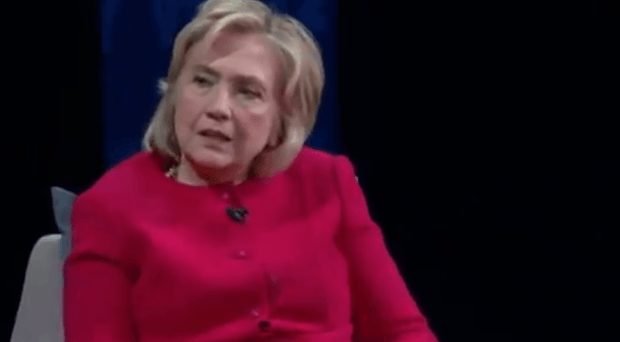 Can you imagine the cable-wide outrage that would have ensued if Trump had said that? Or any non-Democrat public figure? Even joking? CNN would have left a chyron up all day with his words at the bottom of the screen to make sure no one missed the story.

Hillary Clinton was interviewed Friday by Kara Swisher of Recode when the interviewer confused Cory Booker and Eric Holder.

“What do you think of Cory Booker,” Swisher asked, “saying ‘kick them in the shins,’ essentially?”

Clinton responded quickly and intuitively: “Well that was Eric Holder,” Clinton shot back, “Yeah, I know they all look alike.”

After issuing the racist comment, she began to cackle maniacally in that way we’ve all come to know and cringe at. The crowd and Swisher all laughed along

This would have been a media circus if any conservative, Libertarian or Republican had said exactly the same thing, but the wicked witch of Benghazi is given a free pass.