Colin Allred (D) is in a statistical dead-heat with Republican incumbent Pete Sessions in their race to win the U.S. House seat for Texas’ 32nd Congressional District.

TX-32, around Garland, Texas, had been a long-time reliably red district until 2016 when it went for Hillary Clinton by a slim 1.9 points. Changing demographics and a Republican voter base that had become too comfortable were responsible for the change. Democrats have seized on that momentum and dropped massive amounts of outside money into the campaign.

“They’re after me this time,” Sessions said in an ad. “The liberals are jamming your TV with negative ads. They want revenge!” Revenge for Trump winning in 2016 is exactly what extreme leftists want and they hope Allred is their key to getting it.

Why Texans Should NOT Vote for Collin Allred

Colin Allred is reason enough for this district’s GOP base to get out and vote in the 2018 midterms – to make sure Representative Steve Sessions stays in his seat and Allred is sent packing.

Afraid to come out strong on most issues

A large portion of his remaining positions are carefully worded political speak that has been crafted to match polling data. It’s just a ton of words that don’t really say anything. He didn’t even bother to issue a public position on Justice Brett Kavanaugh during the confirmation vote. There’s a reason politicians don’t make the positions public – so voters won’t hold it against them.

But, there are a few that reveal his true political positions.

Extremist Positions on Firearms (and not being honest about it)

Colin Allred wants to put a ban on commonly-owned rifles with removable magazines and have the federal government regulate the capacity of the magazines currently available.

“Weapons of war have no place in our streets in and our communities. We must make efforts to pass a comprehensive law that takes into account not only these weapons but also large capacity magazines that allow for mass shootings to be so lethal,” Allred wrote, then deleted from his website.

That’s right, in his own words, he wants a gun ban and magazine ban. That’s not Texas talking, that’s California, New York, Massachusetts, etc. That’s also why he scrubbed that position off of his website. He’s an anti-gun extremist, but he can’t tell his voters that. What other positions is he lying about just to trick Texans into voting for him?

The NRA rated Allred at just 13% as a Second Amendment candidate. That’s a failing grade and Texans must vote against this gun-grabber.

Sessions is being challenged by Colin Allred, an “F” rated candidate who would be a rubber stamp for gun control in Washington. Allred opposes concealed carry reciprocity legislation and supports criminalizing the private transfer of firearms between lifelong friends and many family members. He also supports a ban on commonly owned rifles and ammunition. In addition, Allred has publicly stated his belief that it would be better if the Second Amendment had never been written.

Allred wants amnesty for illegal aliens. He doesn’t even try to hide that fact. On his campaign website, Allred says that illegal aliens who are obeying the law “should have a pathway to earned citizenship.”

First, if they came here illegally, they aren’t obeying the law. Second, this would invite another massive wave of illegal immigrants into the state of Texas and the United States. Once illegal aliens are given any form of amnesty, more will come knowing that they too will be able to cut in front of those who went through the naturalization processes legally.

Allred wants Texas to eliminate its Voter ID laws that require a photo ID in order to vote. The only reason to want this is to enable voter fraud – just like the rest of the Pelosi Democrats. Don’t forget that group of Texans recently indicted for illegally filling out voter applications so that illegal aliens could vote.

Pete Sessions is a better Choice

Sessions has a 100% rating with the right groups:

Sessions has also been endorsed by the Hispanic Business Roundtable Institute, National Federation of Independent Businesses (NFIB), and the NRA

Pete Sessions has posted clear positions on the issues Texans care about.

I have always adamantly opposed illegal immigration, blanket amnesty, or any other reward to those who have intentionally and knowingly broken our nation’s immigration laws. Since the onset of President Obama’s lawless executive actions, I have tirelessly worked to fight against  the administration’s unlawful, unwise, and unconstitutional executive amnesty plan.

An effective immigration plan must first secure our borders, strengthen interior enforcement, protect our nation’s rule of law, and prosecute and deport criminal aliens in the United States.

My legislation closes the most dangerous immigration enforcement loopholes by putting an end to sanctuary cities and establishing a mandatory minimum jail time for illegal immigrants.

I have been working on a solution with my friend in the Senate, Dr. Bill Cassidy from Louisiana. In May we introduced H.R. 5284, The World’s Greatest Healthcare Plan, a sustainable, non-discriminatory alternative to the President’s onerous law. It empowers all Americans to make their own healthcare decisions, save their hard-earned money in an account that is not use-it-or-lose-it, and ensures that not only single person will ever be coerced onto ObamaCare.

Sessions successfully shepherded the Concealed Carry Reciprocity Act through the U.S. House, which is the strongest self-defense legislation to ever come before Congress. Further, he has strongly opposed the Pelosi/Schumer/Bloomberg gun control agenda, including legislation that would criminalize the private transfer of firearms between lifelong friends and many family members. He voted to strike down Obama-era regulations that stripped Social Security recipients of their Second Amendment rights without due process. Sessions also voted for the SHARE Act, an important piece of pro-sportsmen legislation. 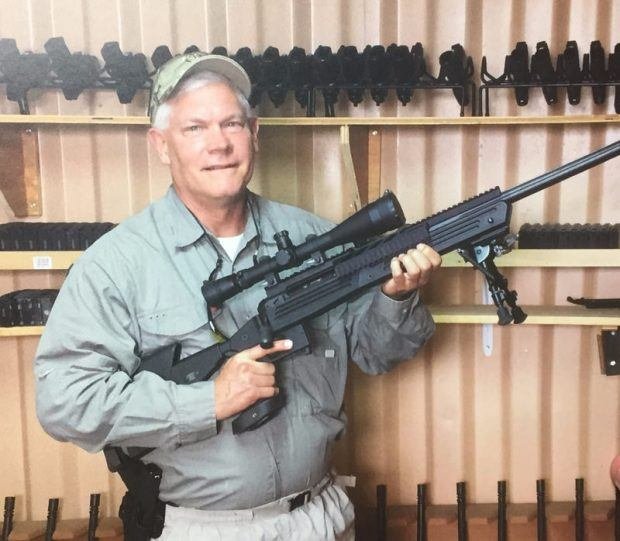 The best choice for Garland, Texas’ 32nd District and Congress

Pete Sessions is clearly the better choice for Texans. He’s been in Congress fighting for his constituents since 2003 and has a clear voting record that mirrors the values  in his district. Colin Allred isn’t being clear about anything. 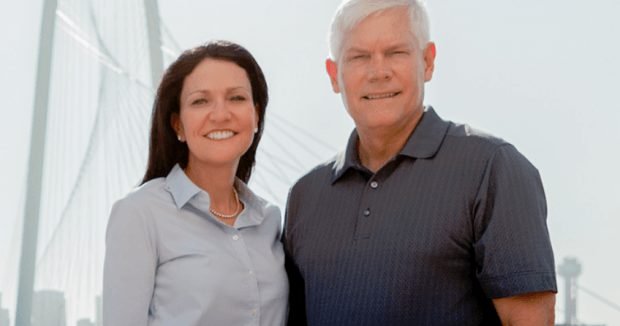 Support Conservative Daily News with a small donation via Paypal or credit card that will go towards supporting the news and commentary you've come to appreciate.
Tags
Colin Allred Pete Sessions Texas the 2018 Midterm Elections