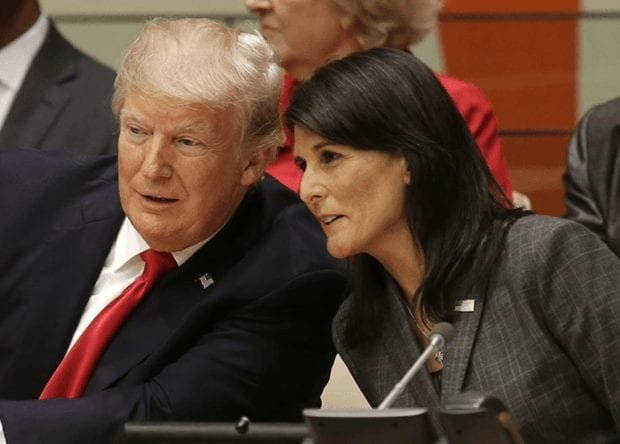 U.S. Ambassador to the United Nations Nikki Haley offered her resignation Tuesday morning and the president has accepted.

President Trump told reporters that Haley will leave the White House at the end of 2018 and that Haley had told him six months ago that she would be leaving at that time. The announcement appears to have been timed to come just after the success of getting Brett Kavanaugh seated at the Supreme Court and just before the 2018 midterm elections.

“I am sure the president will have someone ready to jump into [Haley’s] position,” Sen. John Thune said Tuesday. “But, those are big shoes to fill.”

There has been no official announcement of a possible replacement for Haley at the United Nations, but the president did say that he has “a number of people that want to do it” and that the position is “more glamorous than it was just a few years ago.” He said that her successor will be named within the next “two or three weeks.”

President Trump offered a friendly tweet just ahead of the announcement.

Big announcement with my friend Ambassador Nikki Haley in the Oval Office at 10:30am.

Sources inside the White House and on Capitol Hill were caught off-guard and even her own staff learned of the announcement Tuesday morning.

The timing of the announcement highlights the Trump administrations successes in foreign policy matters which will, no doubt, appear in campaign ads for GOP candidates ahead of the November elections. 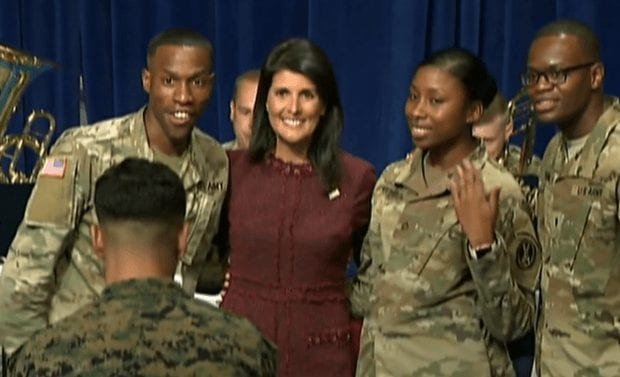 Editor’s note: This is a developing story and will be updated.

Support Conservative Daily News with a small donation via Paypal or credit card that will go towards supporting the news and commentary you've come to appreciate.
Tags
Nikki Haley Trump Administration