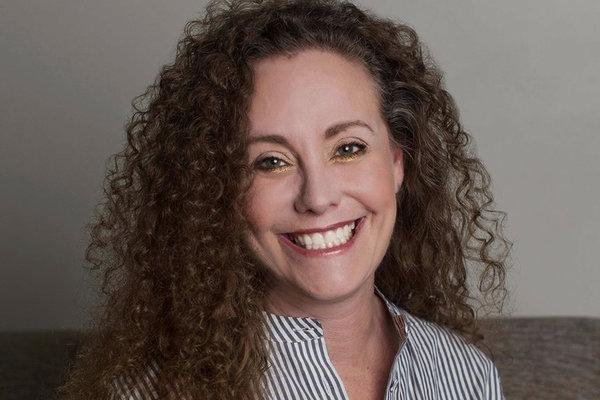 Julie Swetnick, a 55-year-old IT professional living in Washington, D.C., leveled serious allegations of sexual misconduct against Supreme Court nominee Brett Kavanaugh on Wednesday, a day before the Senate Judiciary Committee is poised to hear testimony from the judge and Dr. Christine Blasey Ford, another woman accusing him of sexual misdeeds when he was in high school.

In a declaration released by her attorney, Michael Avenatti, Swetnick alleged that Kavanaugh and a friend spiked girls’ drinks with alcohol during parties in the early 1980s. She also suggested the conservative judge was present during gang rapes, which allegedly took place in the suburbs of Washington, D.C.

Swetnick claimed that Kavanaugh was at one party in 1982 where she was gang-raped, though she does not accuse him of taking part in the attack.

Of particular note in Swetnick’s declaration, is the age difference between her and Kavanaugh. Swetnick said the events described in her declaration occurred between 1981 and 1983 when she was between 18 and 21 years old. Kavanaugh would have been between 15 and 18 years old at the time.

Both Kavanaugh and Judge have denied that the incident occurred. A college classmate of Kavanaugh’s has also come forward to claim that he thrust his penis in her face at a party when they both attended Yale. Before coming forward, the accuser, Deborah Ramirez, told friends that she was not entirely certain that Kavanaugh was the person who exposed himself to her.

Swetnick’s allegations are vague on details and specifics, though she claimed that unnamed eyewitnesses will back up her claims.

She alleged that she attended more than 10 house parties with Kavanaugh and Judge. During the gatherings, Swetnick says she witnessed Kavanaugh “drink excessively and engage in highly inappropriate conduct, including being overly aggressive with girls and not taking ‘No’ for an answer.” She alleged that the conduct “included the fondling and grabbing of girls without their consent” and that Kavanaugh was “abusive and physically aggressive” towards girls.

She alleged that Kavanaugh and Judge would spike drinks at parties in order to lower victims’ defenses.

“I also witnessed efforts by Mark Judge, Brett Kavanaugh and others to cause girls to become inebriated and disoriented so they could then be ‘gang-raped’ in a side room or bedroom by a ‘train’ of numerous boys. I have a firm recollection of seeing boys lined up outside rooms at many of these parties waiting for their ‘turn’ with a girl inside the room. These boys included Mark Judge and Brett Kavanaugh.”

Kavanaugh denied the allegations as “ridiculous and from the Twilight Zone.”

“I don’t know who this is and this never happened,” Kavanaugh said in a statement issued through the White House.

Little else is known about Swetnick, other than items included on her resume and several court cases she has been involved in over the years.

A credentialed web developer, Swetnick lists security clearances with the U.S. Department of Treasury and U.S. Mint. She previously held clearances at the “Secret” level (“Top Secret” is the highest) for the State Department and Department of Justice.

Swetnick also claims to have a security clearance with the IRS despite having recently had a $40,000 judgment against her for unpaid taxes. She settled a $40,303 IRS judgment on March 23 of this year, according to a public records search. Maryland court records show a $62,821 tax lien filed against her on Oct. 2, 2015.

Swetnick has also been involved in civil cases in Maryland and Oregon.

In November 2000, she was sued by Webtrends, a web company in Portland that Swetnick worked for from December 1999 through August 2000. The company sued Swetnick for defamation in November 2000. It is not clear how the case was decided or what Swetnick alleged said to defame the company. Webtrends did not respond to a request for comment.

Swetnick filed a personal injury lawsuit against the Washington, D.C. Metro in September 1994. The outcome of that case is also unclear.

Support Conservative Daily News with a small donation via Paypal or credit card that will go towards supporting the news and commentary you've come to appreciate.
Tags
Brett Kavanaugh Julie Swetnick