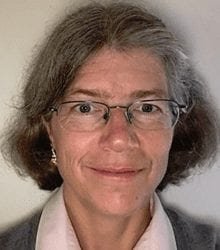 Ratcliffe said Sunday that Ohr is expected to appear for a closed-door interview with the House Judiciary and House Oversight & Government Reform Committees, in an interview on Fox News.

Ohr worked during the 2016 election cycle for Fusion GPS, the opposition research firm that investigated Donald Trump on behalf of the Clinton campaign and DNC. Fusion hired former British spy Christopher Steele, the author of the infamous anti-Trump dossier that was used to obtain spy warrants against former Trump campaign adviser Carter Page.

While she worked for Fusion, Ohr’s husband, Bruce Ohr, was in contact with both Steele and Glenn Simpson, the founder of Fusion GPS.

A former assistant deputy attorney general at the Justice Department, Bruce Ohr was interviewed by the congressional committees on Aug. 28.

Republican lawmakers have questioned the Ohrs’ relationship to Fusion GPS and Steele. The husband-and-wife duo met with Steele on July 30, 2016, a day before the FBI opened its counterintelligence investigation into the Trump campaign’s possible ties to Russia. Nellie Ohr began working for Fusion GPS in December 2015. Congressional sources have told The Daily Caller News Foundation that Fusion approached Ohr for the job.

Bruce Ohr testified in August that just after the meeting with Steele, he contacted then-FBI Deputy Director Andrew McCabe. Ohr remained in contact with Steele even after the FBI cut ties with the former spy because of his unauthorized contacts with the media. Ohr provided at least a dozen briefings to the FBI about his conversations and meetings with Steele from November 2016 and May 2017.

Republicans want to know why Fusion GPS hired Nellie Ohr as well as why Bruce Ohr was used to pass information to the FBI. Steele, a former MI6 officer, shared information from his investigation with the FBI in early July 2016.

Support Conservative Daily News with a small donation via Paypal or credit card that will go towards supporting the news and commentary you've come to appreciate.
Tags
Nellie Ohr the Steele dossier