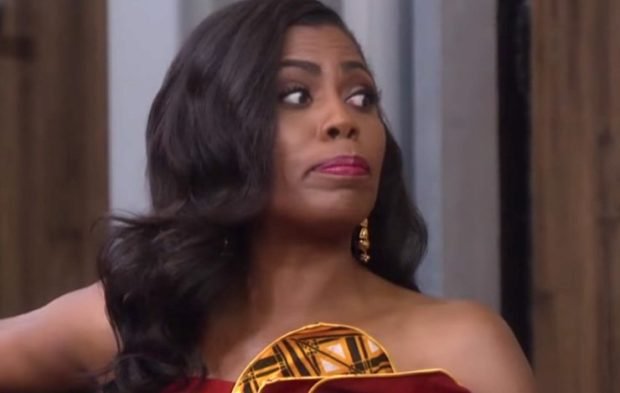 Omarosa Manigault released a recording on Sunday between White House Chief-of-staff John Kelly and herself in which he tells her that she was being fired because she displayed terrible lapses on integrity.

In the recording, Kelly says “some pretty serious integrity violations” prompted her firing as communications director for the White House Public Liaison office.

“We’re going to talk to you about leaving the White House,” Kelly tells Manigault in the recording. “It’s come to my attention over the last few months that been some pretty, in my opinion, significant integrity issues.”

Making public that she was terminated for bad integrity is in no way helpful to Omarosa, but, in her mind, Manigault believes the tape benefits her.

Speaking during an interview Sunday on “Meet the Press”, Manigault said she made and released the recordings to protect herself and believes it was a good idea.

“Who in their right mind thinks it’s appropriate to secretly record the White House chief of staff in the Situation Room?” McDaniel posted to Twitter.

Who in their right mind thinks it’s appropriate to secretly record the White House chief of staff in the Situation Room?

The recording also revealed that, despite her serious integrity issues, Kelly was willing to let her leave the White House with her dignity intact.

“It’s important to understand that if we make this a friendly departure we can all be, you know, you can look at your time here in the White House as a year of service to the nation,” Kelly says. “And then you can go on without any type of difficulty in the future relative to your reputation.

Omarosa bizarrely saw the offer as some kind of threat.

“It’s very obvious a threat,” Manigault Newman said. “He goes on to say things can get ugly for you. The chief of staff of the United States under the direction of the president of the United States threatening me on damage to my reputation and things getting ugly. That’s downright criminal.”

When, after you display stunning lapses of integrity, your boss is willing to let you leave that job with your reputation intact, be appreciative. Now, Omarosa has admitted to the public that she cannot be trusted, uses underhanded methods, and makes serious errors in judgment. The contents of her upcoming book will be viewed the same way.

Support Conservative Daily News with a small donation via Paypal or credit card that will go towards supporting the news and commentary you've come to appreciate.
Tags
Omarosa Manigault