A private Wisconsin college banned students from exhibiting a September 11 memorial fearing that it could foster an anti-Muslim environment on campus.

Ripon College ruled against a display by Young America’s Foundation (YAF) to honor the memory of those killed in the 2001 attacks and to help prevent the events from being forgotten, reported The Washington Examiner. It was part of an annual “Never Forget” project on college campuses around the nation. 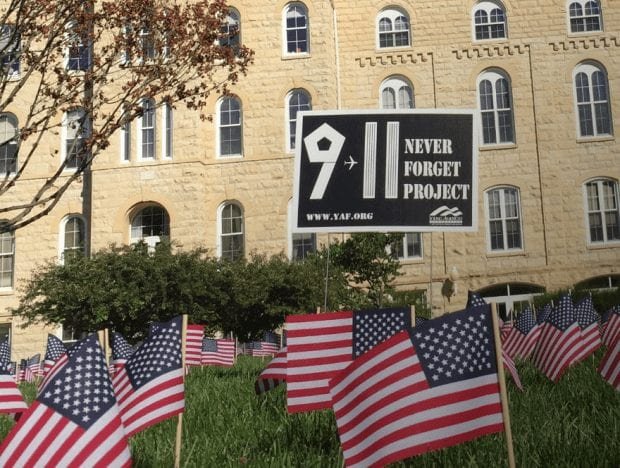 The administration claimed that the memorial would create an atmosphere where “students from a Muslim background would feel singled out and/or harassed.”

“There is nothing that this poster, in particular, adds to the conversation about 9/11, or about the politics of terrorism, or about national security or responses to it that couldn’t be done easily and more constructively without it,” said Ripon’s Bias Protocol Board.

In addition to images of the September 11 attacks, the exhibit also displayed subsequent radical Islamic extremist events such as ISIS beheadings and the USS Cole bombing.

The college further claimed that Muslim terrorists only “represent a small percentage of the terrorist attacks that happen to this country” and that YAF is only showing “a very small picture of a specific religion or nationality instead of the larger viewpoint.”

YAF quickly refuted the aforementioned claim calling it false and fired back with a fact-check stating “from 1992 to 2017, Islamists were responsible for 92% of deaths caused by terrorism in the United States, and are ‘far and away the deadliest group of terrorists by ideology’.”

“This attempt by Ripon College’s ‘bias protocol board’ to sanitize the truth out of remembering the anniversary of September 11 proves the necessity of YAF’s iconic 9/11: Never Forget Project, as well as the need for bold YAF activists,” said YAF’s spokesman Spencer Brown. “The administrators’ reliance on feelings rather than facts betrays their intention to cower from the truth rather than highlight the scourge of radical Islamist terror for what it is: evil.”

Support Conservative Daily News with a small donation via Paypal or credit card that will go towards supporting the news and commentary you've come to appreciate.
Tags
9/11