Fashion retailers are stocking shelves with ’90s-inspired clothing thanks to a younger generation discovering ’90s TV shows on Netflix.

With a strong economy, overall sales for Gap, Nordstorm, American Eagle and Urban Outfitters are projected to be the highest in four years. These stores — including Target and Macy’s — are offering customers a “’90s reboot” when it comes to clothing, with lines full of chunky-soled sneakers, fanny packs and high-waisted “mom jeans,” according to Reuters Thursday.

The ’90s fashion trend comeback has been growing over the past couple years, with The New York Times reporting on it as early as 2016, a year after Netflix started streaming “Friends.”

Fashion retailers are trying to appeal to millennial shoppers and target teenagers in Generation Z, according to Reuters.

Back-to-school shopping with kidswear described as “’90s style” increased online in July, according to Edited analyst for retail technology Katie Smith. In addition, Buffalo shoes — a popular thick-sole shoe from the ’90s — for kids also saw a 76-percent rise in arrivals for June, according to Reuters.

“Every twenty years fashion comes back … You stay away from something long enough and you crave it,” creator of fashion blog V-Style Vanessa Valiente told Reuters.

The competition for these retailers are thrift stores that sell the original sought-after merchandise now considered vintage, according to Business Insider.

In fact, the secondhand clothing industry might replace traditional retail stores, especially among female millennials, with the resale industry projected to hit an estimated $41 billion by 2022, as reported in April by WWD. 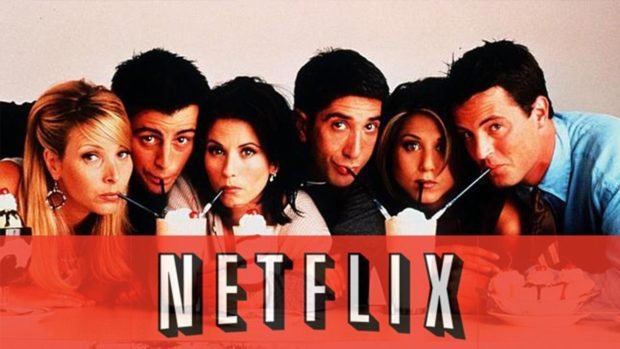 Support Conservative Daily News with a small donation via Paypal or credit card that will go towards supporting the news and commentary you've come to appreciate.
Tags
Friends Netflix