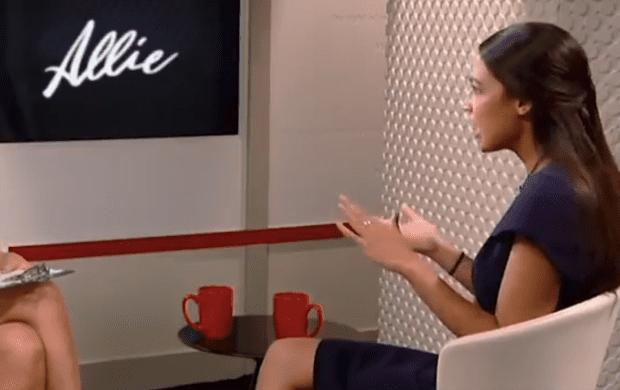 Alexandria Ocasio-Cortez has seemingly decided to take the gaffe-crown away from Joe Biden. Her continual missteps show her as little more than an inexperienced, unworthy trophy candidate for the left. Tuesday was no different as the new socialist face of the Democratic party decided to go full-on righteous indignation over a Conservative satirical video.

The edits, odd facial expressions and disjointed interplay make it obvious that the video is not intended to fake anyone into believing that the interview actually happened this way… or at all. But, that didn’t stop the left’s new darling from going all snowflake.

Republicans are so scared of me that they’re faking videos and presenting them as real on Facebook because they can’t deal with reality anymore.

“presenting them as real” … seriously? Sure, Alexandria forgot that her party’s color is blue, didn’t know that Palestine isn’t a country, admitted to a PBS reporter that she doesn’t really know much about geopolitics, but come ON! She couldn’t tell that the video was satire? Or was she concerned that her supporters weren’t bright enough to discern that the piece was obviously satirical? Either way, she didn’t do herself any favors – and social media was quick to point that out.

“If u thought this video was anything other than an obvious troll then ur a dumbass who shouldn’t be running for office,” one Twitter user posted.

If u thought this video was anything other than an obvious troll then ur a dumbass who shouldn’t be running for office pic.twitter.com/7TrXElxCDp

“This is some next-level self-pwning,” another commented.

“Funniest thing I’ve seen all day,” he tweeted. “The same libs who claim they’re smart enough to run the economy, & the healthcare & education systems, are complaining because this obviously SATIRICAL clip isn’t labeled ‘SATIRE.’ If you have a functioning brain cell you can tell this is satire.”

Alexandria got played, sucked into a troll-trap, and she jumped in with both feet. Then again, she’s advocating to replace capitalism with socialism despite more than a century of proof that her favorite economic system is vastly inferior.

Support Conservative Daily News with a small donation via Paypal or credit card that will go towards supporting the news and commentary you've come to appreciate.
Tags
Alexandria Ocasio-Cortez Allie Beth Stuckey CRTV