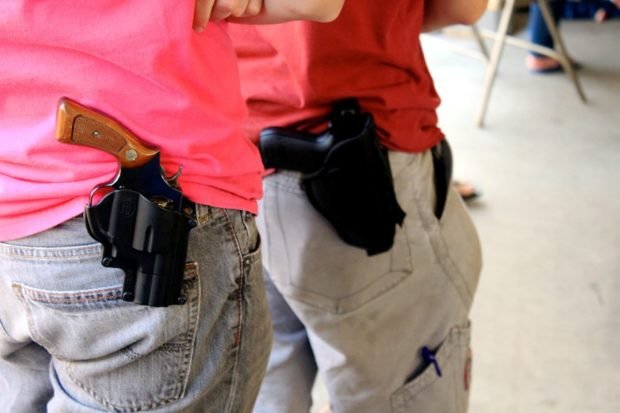 A U.S. court ruled on Tuesday that an individual’s right to self-defense, guaranteed by the Second Amendment, extends to openly carrying a firearm outside the home.

The ninth circuit court of appeals rejected the U.S. District Court in Hawaii’s claim that the right bear arms only applies to one’s residence, thereby reversing the lower court’s decision.

The case was brought by George Young, the plaintiff, after the state denied him a permit to carry a firearm, either concealed or openly, two times.

Federal Court Judge Diarmuid O’Scannlain explained the decision writing in his opinion “it is apparent from the face of the text [of the Second Amendment]  that the Amendment protects the right not only to ‘keep’ but also to ‘bear’ arms. The latter verb is central to Young’s challenge.”

“(“[T]he interest in self-protection is as great outside as inside the home.”). Thus, carrying firearms outside the home fits comfortably within [District of Columbia vs.] Heller’s definition of ‘bear.’,” O’Scannlain continued.

“We do not take lightly the problem of gun violence, which the State of Hawaii ‘has understandably sought to fight,” Scannlain wrote. “But, for better or for worse, the Second Amendment does protect a right to carry a firearm in public for self-defense.”

He added, “while many respectable scholars and activists might find virtue in a firearms-carry regime that restricts the right to a privileged few, “the enshrinement of constitutional rights necessarily takes certain policy choices off the table.”

Support Conservative Daily News with a small donation via Paypal or credit card that will go towards supporting the news and commentary you've come to appreciate.
Tags
Diarmuid O’Scannlain gun rights The 9th Circuit Court of Appeals