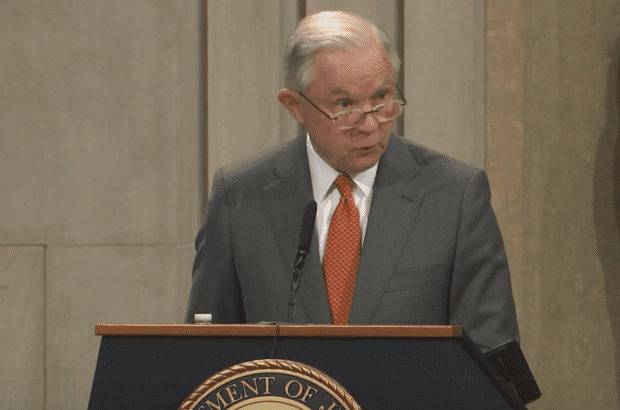 “Today I am announcing our next step: the Religious Liberty Task Force,” Sessions said while speaking at the Department of Justice’s Religious Liberty Summit. “The Task Force will help the Department fully implement our religious liberty guidance by ensuring that all Justice Department components are upholding that guidance in the cases they bring and defend, the arguments they make in court, the policies and regulations they adopt, and how we conduct our operations.”

The DOJ, following the guidance of President Trump, has settled civil cases involving 90 plaintiffs regarding the Obama administration’s abuse of the Obamacare contraception mandate.

“Soon after taking office, President Trump directed me to issue explicit legal guidance for all executive agencies on how to apply the religious liberty protections in federal law,” Sessions said. “Our team embraced that challenge.”

Near the end of his remarks, Sessions reconfirmed the Trump administration’s dedication to protecting religious liberty.

“This administration is animated by that same American view that has led us for 242 years: that every American has a right to believe, worship, and exercise their faith in the public square,” he said.