The GOP’s 2019 Department of Homeland Security spending bill may include $5 billion for a border wall, but some of President Donald Trump’s staunchest backers say it will do far more to undermine his immigration agenda than to advance it.

Trump heaped praise on the bill’s primary author, Rep. Kevin Yoder of Kansas, in a message of thanks that doubled as an endorsement for reelection in a swing district that Hillary Clinton narrowly won in 2016.

“Thank you to Congressman Kevin Yoder! He secured $5 BILLION for Border Security,” Trump wrote July 18 on Twitter. “Now we need Congress to support. Kevin has been strong on Crime, the Border, the 2nd Amendment, and he loves our Military and Vets. @RepKevinYoder has my full and total endorsement!”

Immigration hawks shared little of Trump’s enthusiasm for the DHS spending proposal, however. Even though it included a hefty sum for border wall construction, the bill “put the interests of illegal aliens and foreign workers” ahead of American citizens, said Chris Chmielenski of NumbersUSA, a grassroots organization that advocates for lower levels of immigration.

That’s because Yoder and House Appropriations Committee chair Rodney Frelinghuysen of New Jersey helped to tack on several amendments that would undermine the administration’s efforts to tighten asylum rules and protect American workers from competition from cheap imported labor.

USCIS adopted the new guidelines after Attorney General Jeff Sessions ruled in June that gang and domestic violence alone could no longer serve as a basis for a valid asylum claim. In a policy memo issued earlier in July, the agency applied Sessions’ ruling to asylum officers, who make the initial determination of credible fear that allows asylum seekers to pursue their claims in immigration court.

“Claims based on … the members’ vulnerability to harm of domestic violence or gang violence committed by non-government actors will not establish the basis for asylum, refugee status, or a credible or reasonable fear of persecution,” the USCIS memo states.

The guidance has the practical effect of foreclosing asylum claims by most migrants from Mexico and Central America, which are almost always based on fear of non-political violence. By tightening the credible fear standard, the administration says it is discouraging illegal immigration from those countries and paring down an asylum backlog that has surpassed 300,000 pending cases.

But if the Price amendment makes it through a House floor vote and into the final appropriations bill, it will restore the incentive for thousands of migrants to cross the border illegally to petition for asylum, Fox News host Laura Ingraham argued.

“If the new barometer for asylum status is whether a foreigner feels safe in his or her home country, we might as well throw the borders wide open,” Ingraham, an influential voice among Trump’s populist base, said Thursday night on her show.

Border hawks were especially angry that Republicans on the appropriations committee allowed the amendment to proceed on a voice vote. In a voice vote, the chairman asks for “yea” or “nay” responses to a proposal and announces the result according to his judgment — members’ votes are not recorded.

“It’s appalling that Reps. Frelinghuysen and Yoder allowed the amendment to pass by a voice vote; the outcome may have been very different if members were forced to vote on the record,” Chmielenski wrote in a blog post Thursday.

The Price amendment was not the only addition to the spending bill that Republicans put to a voice vote. Frelinghuysen’s committee also passed three amendments that, if enacted, would more than triple the number of guest worker visas and do away with per-country limits on employment-based green cards.

The guest worker amendments pertain to two visa programs, the H-2A and the H-2B, that allow U.S. companies to bring in thousands of foreign laborers each year if they are unable to find American workers to fill the jobs. Business groups have long advocated for expanding both programs, arguing that there are not enough Americans willing or able to meet their labor needs.

The H-2A amendment, offered by GOP Rep. Dan Newhouse of Washington, states guest workers will be admitted under the program “without regard to whether such labor is, or services are, of a temporary or seasonal nature.” It would give non-seasonal agriculture companies such as dairy producers access to the H-2A foreign labor pool, which has no annual cap.

The H-2B amendment was a bipartisan effort from Republican Rep. Andy Harris of Maryland and Democratic Rep. Chellie Pingree of Maine. Their proposal would exempt H-2B recipients from the previous two fiscal years from being counted against the current year’s cap, meaning the number of foreign guest workers admitted under the program could be three times as high as the annual cap of 66,000.

Immigration hawks are skeptical of the need for additional guest workers, and some have called for the elimination of H-2 visas entirely. Groups such as NumbersUSA and the Federation for American Immigration Reform, which have seen many of their ideas championed by Trump, argue the programs displace native-born workers and drive down wages for young and low-skilled employees.

If successful, the guest worker expansion would come at a time when many low and middle-skill workers are seeing wage increases after decades of stagnation.

The third amendment that incensed mass immigration skeptics came from Yoder himself. Originally included in Yoder’s stalled Fairness for High-Skilled Immigrants Act, the proposal would lift the per-country cap on employment-based green cards, which is currently set at 7 percent of the annual limit of roughly 120,000.

The tech industry has lobbied extensively for the elimination of country caps because they create long lines for their foreign employees working on H-1B visas — a temporary program — to adjust to immigrant status. Likewise, Indian-American groups are pushing for the reform because Indian guest workers dominate the H-1B program — three out of every four H-1B petitions approved in 2017 went to workers from India, according to USCIS data.

“Amazon applauds @KevinYoder on the passage of his amendment to the [DHS] appropriations bill, H.R. 392, that would remove the per-country limit on green cards,” the company wrote. “This is an important step towards green card reform, and Amazonians thank you for your leadership on this issue.”

But immigration skeptics like Mark Krikorian, the executive director of the Center for Immigration Studies, argue that what tech firms and ethnic lobbies call “green card reform” would make it easier for U.S. companies replace their American employees with cheap foreign labor.

“Eliminating the cap would speed up the issuance of their green cards, making the H-1B that much more attractive to potential low-paid tech workers and that much more useful for employers looking to replace their American workforce with foreigners,” Krikorian wrote Friday in a column for National Review. “The flip side is that people from other countries, generally more highly skilled than the H-1Bs, would be crowded out as virtually all employment-based green cards went to Indians.”

The homeland security committee bill still has several hurdles to jump before it reaches Trump’s desk. It must pass in a House floor vote, and then House leadership must reconcile the differences with the Senate version, which could entail stripping amendments from the spending package.

In the meantime, influential Trump allies like Ingraham are calling on the president to oppose the immigration proposals coming out of the Republican-controlled House Appropriations Committee. Failing to do so would amount to a costly betrayal of his base in favor of business interests, Ingraham argued Thursday.

“I’ll tell you one thing it means — no more Donald Trumps,” Ingraham said. “And big business will revel of course, in the glut of low-skilled workers in the midst of what they claim is a labor crunch.”

“It was President Trump’s get-tough approach on immigration, his relentless focus on the American worker, the American family, that helped him win the election against all odds,” she said. 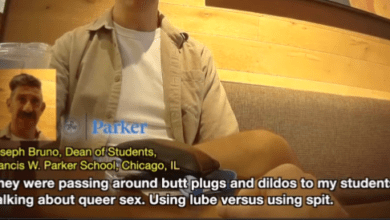 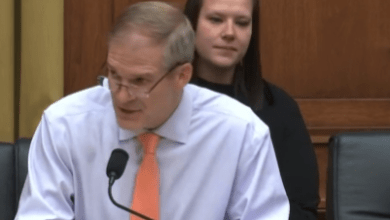