Ever since avowed socialist Alexandria Ocasio-Cortez demanded the abolishment of U.S. Immigration and Customs Enforcement (ICE), Democrats hive piled-on claiming that the organization’s enforcement of Trump’s zero-tolerance policy on illegal border crossing is making the ICE “incompetent.” Unfortunately, for them, ICE has nothing to do with capturing illegal border crossers or separating families. 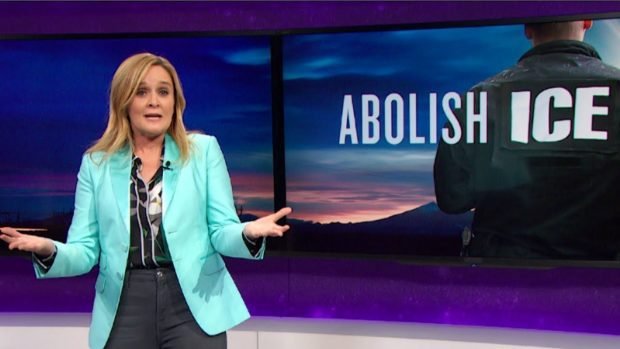 “Look at ICE. What a group of incompetents,” Dick Durbin (D-IL) said Saturday. “They’re more focused on toddlers than terrorists,” he added referring to the family separations at the border that are happening due to a mix of decades of court decisions, bad policy and Congressional inaction.

“President Trump seems to think that the only way to have immigration rules is to rip parents from their families, is to treat rape victims and refugees like terrorists and to put children in cages,” Sen. Elizabeth Warren (D-MA) told a crowd of protesters at the Boston City Hall Plaza.

“We need to rebuild our immigration system from top to bottom. Starting by replacing ICE with something that reflects our morality and values,” she added.

A number of Democrats have decided that “abolish ICE” is the bumper sticker issue they want on their #bluewave buses for the midterms and it’s welcomed by the GOP and independents because the call is based on ignorance and misplaced anger – whether intentional or not.

ICE isn’t responsible for immigration enforcement at the border. That duty falls to U.S. Customs and Border Protection (CBP), also known as the Border Patrol.) When children are separated from the illegal alien adults in their groups and put in licensed childcare facilities, that’s not ICE or Border Patrol, that is done by Health and Human Services(HHS).

ICE is responsible for enforcing customs and immigration laws on the interior of the U.S. That’s why ICE is involved in workplace enforcement, counterfeit consumer goods investigations and human trafficking – among other duties. Democrats are protesting the wrong group and they don’t care.

The mix-up is likely intentional. If the new DNC 2018 mantra was “abolish the border patrol”, the message would not only fail to excite their base into voting during the midterms, but it would intensely energize the right. “Abolish the Border Patrol” also does not extend the false Democratic party and mainstream media message that President Trump has a “family separation policy” – something they were counting on for the midterms.

So when you see Ocasio-Cortez, Warren, Durbin, Waters and whatever other Democrat socialist out there calling for the abolishment of ICE, realize that while their followers are being tricked into marching for something they do not understand, the Democrats know exactly why they’re doing it – even if it won’t really help them in November.