A large contingent in Congress and almost the whole of American media has gotten the whole illegal alien family separation mess wrong from the get-go and it’s a miscalculation that will likely cost Democrats and moderate Republicans in the 2018 midterm elections.

Time’s most recent cover is an excellent example of the rush-to-judge, hypocritical, mouth-breathing attitude coming from Democrats, moderate members of the GOP and the media. 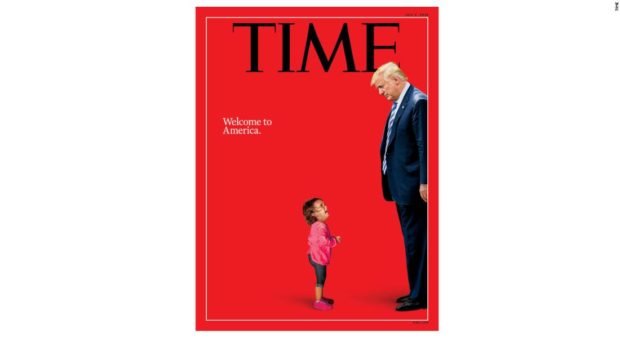 The cover is emotionally-charged but devoid of fact. The illegal alien child crying on the cover, although caught with her mother by Border Patrol, was never separated from her mother. Her mother entered the country illegally with a group of migrants who crossed the Rio Grande River in a raft – which is not a legal port-of-entry if you were wondering. The article in the magazine goes on to make the false claim (aka Lie) that the border patrol grabbed the girl and took her away screaming. The girl left the scene in her mothers arms and they were taken to a DHS facility together. The magazine has since issued an unapologetic “correction” to the outright manufactured facts in the story.

There is no order from Trump to strip children away from their parents who entered the country illegally. That comes from unintended consequences due to a combination of the Clinton-era Flores Consent Decree, the decision in the Obama-era Flores v. Lynch case, laws from the Bush (2002) and Obama (2008) years and a court order during Obama’s term. Trump’s only policy decision was constitutionally mandated – he issued an order to enforce the immigration laws as Congress had made them. But that doesn’t stop the heavily-biased media from trying to make decades of bad policy the fault of the Trump administration [emphasis added].

President Donald Trump halted his policy of separating families at the border Wednesday by executive order following massive public outcry. But it may have already cost American taxpayers millions of dollars for a policy most of them oppose, according to media reports.

Seriously? “A policy most of them oppose”? Uh, here’s a scientific Rasmussen Reports poll taken this week that says more Americans blame the illegal alien parents much more than the government for child separation. Another poll says that only 19% of those surveyed support releasing families into the U.S. while they await trial and that 44% favor Trump’s border enforcement policy to “Hold families together in family detention centers until an immigration hearing at a later date” including 49% of Democrats. Democrats, Independents and Republicans support family detention until trial over any other alternative … by a wide margin. Trump’s zero-tolerance policy of enforcing America’s immigration laws, as passed by Congress, is incredibly popular across the political spectrum. That’s why those with an open-borders agenda, on both sides of the aisle, have had to rebrand Trump’s border enforcement policy as a “family separation crisis.”

The president’s message on Friday came at the end of a tumultuous week that saw public outcry over his administration’s policy of separating migrant children from their parents at the border ..

“Trump’s executive order merely replaces one inhumane act with another,” Sen. Bernie Sanders (I-VT) tweeted. “In response to the overwhelming public outrage at his policy of tearing children away from their parents at the border, this administration thinks the appropriate response is to indefinitely detain families.”

Trump’s executive order merely replaces one inhumane act with another. In response to the overwhelming public outrage at his policy of tearing children away from their parents at the border, this administration thinks the appropriate response is to indefinitely detain families. https://t.co/whZNxHzLHv

Of course, that “overwhelming public outrage” isn’t born out in scientific polling, just the mainstream media.

Kinda, sorta, technically correct. There is no single law or court ruling that mandates family separations. Instead, it’s a combination of two laws, a consent decree, two court decisions and a court order that forces separations. It’s the unintended consequence of decades of bad policy and Congress’ unwillingness to act. Still, there is no Trump administration “policy of separating families.”

A coalition of state attorneys general announced plans on Thursday to file a lawsuit against the Department of Justice over President Donald Trump’s family separation policy.

Still looking for the executive order that mandates family separation? Nope .. doesn’t exist. But that won’t stop them.

“Until President Trump unwinds the damage caused by his reckless, hateful family separation policy, absolutely none of this is OK,” Sen. Patty Murray (D-WA) posted on Twitter. ”
Those of us on the right side of history won’t back down, & we won’t stop raising our voices.”

Until President Trump unwinds the damage caused by his reckless, hateful family separation policy, absolutely none of this is OK.

Those of us on the right side of history won’t back down, & we won’t stop raising our voices.

Heck, Hillary Clinton has even found a way to make money off of the fallacious claim that Trump authored some sort of family separation policy.

“On Monday night Hillary Clinton gave a speech forcefully denouncing Trump’s policy of separating children from their parents at the U.S. border and called him a liar,” HuffPo commentator Alex Mohajer tweeted. “In two days, she raised $1.5 million to help those families and by Wednesday afternoon the policy had been nixed.”

On Monday night Hillary Clinton gave a speech forcefully denouncing Trump's policy of separating children from their parents at the U.S. border and called him a liar. In two days, she raised $1.5 million to help those families and by Wednesday afternoon the policy had been nixed.

The only policy on alien families issued by the Trump administration is an executive order that requires they be detained together. But, the truth is unimportant to those with unpopular agendas. As recent polls have shown, Americans widely support Trump’s border enforcement policy over the emotionally-charged open-borders crap being pushed by those who seek to undermine America’s sovereignty. 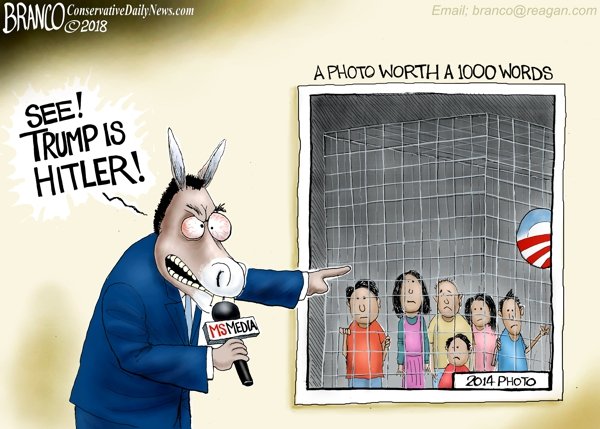