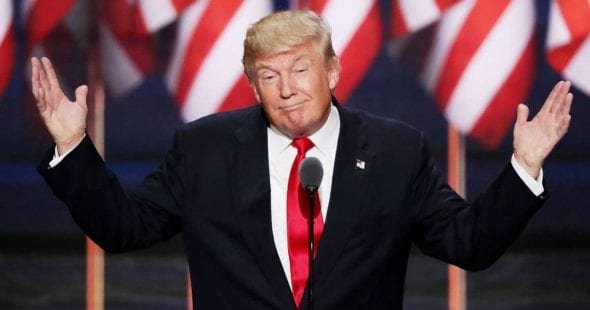 President Donald Trump repeatedly condemns the Special Counsel investigation into alleged collusion between his 2016 campaign and the Russians. While his public disdain for the probe keeps it in the headlines, that might be, according to one New York Times article, exactly what the president wants.

“Maybe the just-published Politico report of Trump’s deliberate, cavalier use of a cellphone that doesn’t have strict security safeguards would be getting extra attention” if not for the Mueller investigation, Bruni pondered.

“Without Mueller and Russia, Scott Pruitt would be closer to center stage, with an even brighter, harsher spotlight on him,” the liberal columnist continued.

“He’s not exactly evading scrutiny, but he’s being spared the relentless top-of-the-screen, start-of-the-newscast treatment that he would likely endure if lawmakers, journalists and other watchdogs weren’t so mesmerized by the convoluted twists of Mueller v. Trump.”

Topics the White House wants covered, tax reform, North Korea, Iran, Trump’s pro-life agenda, border security and the booming economy all get front-page attention, but when the mass media starts circling on another member of the Trump administration or a subject the White House would rather not elevate, the president goes on another tweet storm about Mueller and his Special Counsel. What does the media focus on for that news cycle? You got it, Trump’s comments on the investigation – all else is fodder for the back page.

The reverse seems also true. When the president wants attention on a specific target he focuses on that. CIA Director Gina Haspel’s nomination, trade talks with China, North Korea, or the economy, he doesn’t spend his Twitter or press time talking about much else – especially the Mueller investigation.

The president uses the probe as a deflection tool. The press is easily distracted by, what they feel, is likely road to impeachment despite the fact that the probe has only leveled charges at Russian companies and people for interference in the 2016 election. Donald Trump has not, and likely will not be named in any indictment that alleges collusion with the Russians or any other government for the purpose of tainting the 2016 election. But, he has found a way to “wag the dog” and the dog is totally buying it.

Support Conservative Daily News with a small donation via Paypal or credit card that will go towards supporting the news and commentary you've come to appreciate.
Tags
Robert Mueller Russia collusion