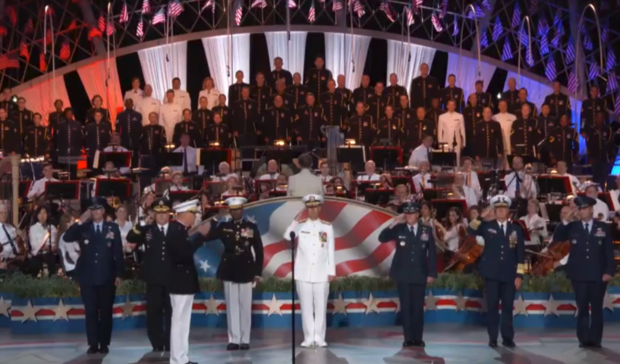 PBS will bring back its award-winning National Memorial Day Concert Sunday, May 27,  for the 150th anniversary of the holiday. The concert will be broadcast live from the West Lawn of the U.S. Capitol building in Washington, D.C and will be hosted by Tony Award-winner Joe Mantegna and Emmy Award-winner Gary Sinise.

The 29th annual broadcast of the NATIONAL MEMORIAL DAY CONCERT airs live on PBS Sunday, May 27, 2018, from 8:00 to 9:30 p.m., before a concert audience of hundreds of thousands, millions more at home, as well as to our troops serving around the world on the American Forces Network.

An annual tradition unlike anything else on television, America’s national night of remembrance takes us back to the real meaning of the holiday through personal stories interwoven with musical performances.  This year’s program features the following stories:

Support Conservative Daily News with a small donation via Paypal or credit card that will go towards supporting the news and commentary you've come to appreciate.
Tags
Memorial Day National Memorial Day Concert