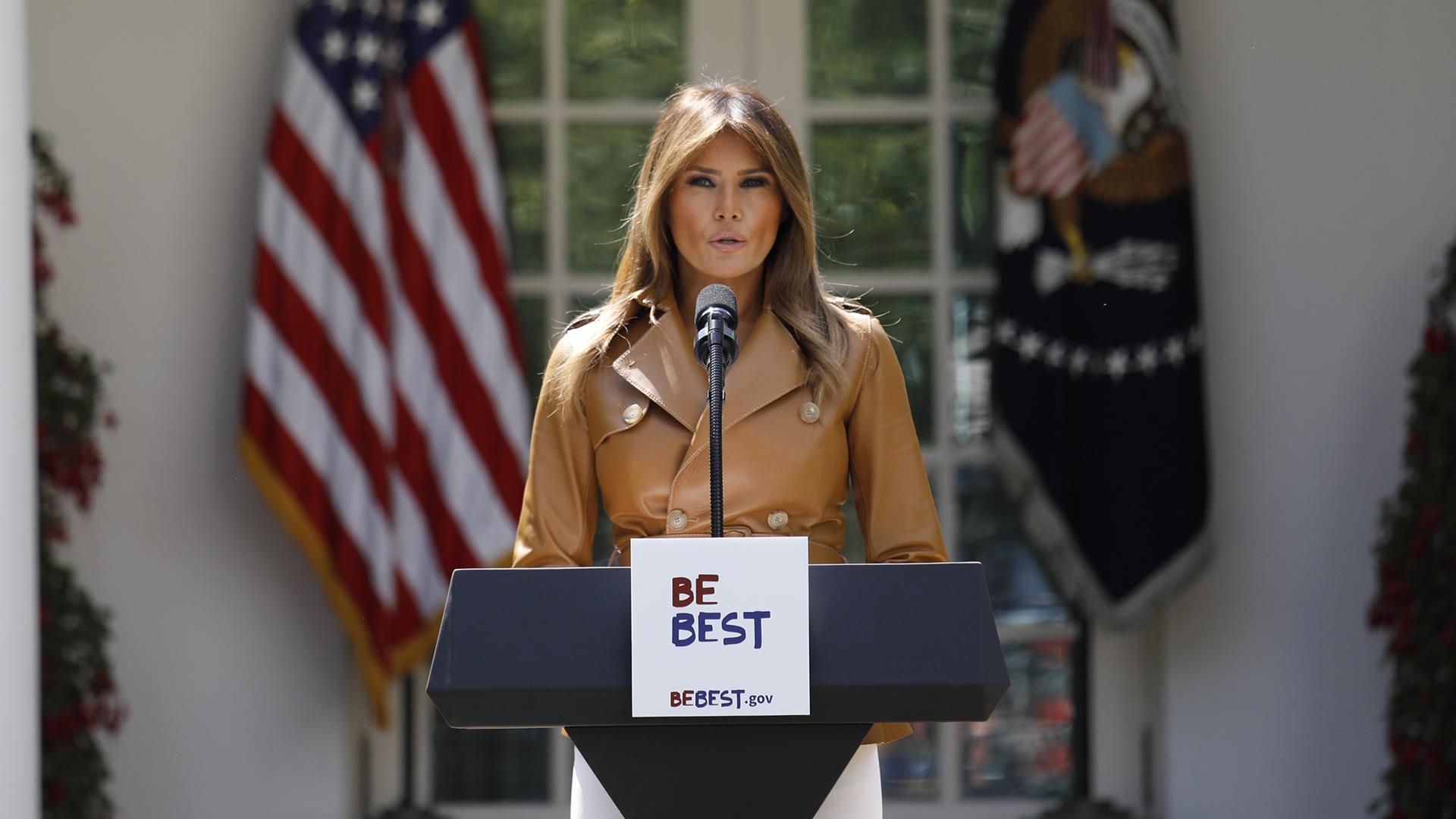 After a year of the destroy Trump media criticizing Melania Trump saying she is not doing anything and she is so quiet, it seems they were wrong again as she has been quite busy. Today in the white house Rose Garden, Melania laid out her program to help children called “BE BEST.” Over the last year, Melania has been visiting hospitals across the country and meeting with families and children who have been abused, bullied online and in person or hurt at school and who suffer from opioids and attending forums here and abroad on these various topics, but if you listened to the destroy Trump media you would never know it. Instead, they used her absence as saying the Trump’s marriage was in trouble and she wasn’t living at the white house when nothing could be further from the truth. I guess they are too used to hearing Hillary yell and scream all the time and Michelle always in the spotlight criticizing everything around her and coming up with a scrawny school lunch program for kids to fight obesity.

On a beautiful Spring Monday, Melania dressed in a tan snug-fitting vinyl jacket and belt top and white snug fitting skirt she described how her plan works and where she has been in a very clear, concise and emotional speech in her classy, cultured European accent. Melania introduced a young second-grade boy who came up with the idea of a buddy bench at his school. If a child is feeling lonely he can sit on the bench and others will ask them to play with them. Today there is at least one bench in every state and I’m sure after today there will be many more. Melania asked the young boy stand and everyone applauded. Melania also introduced a young girl who was bullied at her school and online and who posted a video telling everyone to stop it which went viral and helped other students. Melania also asked her to stand. “It remains our generation’s moral imperative to take responsibility and help our children manage the many issues they are facing today, including encouraging positive social, emotional, and physical habits,” Melania said. In remarks given at the White House, Mrs. Trump said she hopes the program will work with children to help them become “happy and productive adults who contribute positively to society and to their global communities.”

According to the BE BEST website, The mission of BE BEST is to focus on some of the major issues facing children today, with the goal of encouraging children to BE BEST in their individual paths, while also teaching them the importance of social, emotional, and physical health. BE BEST will concentrate on three main pillars: well-being, social media use, and opioid abuse.

BE BEST will champion the many successful well-being programs that provide children with the tools and skills required for emotional, social, and physical health.  The campaign will also promote established organizations, programs, and people who are helping children overcome some of the issues they face growing up in the modern world. by promoting values such as healthy living, encouragement, kindness, and respect, parents, teachers, and other adults can help prepare children for their futures. With those values as a solid foundation, children will be able to better deal with the evils of the opioid crisis and avoid negative social media interaction.

After Melania’s well-received speech, President Trump got up, thanked her and signed a proclamation making May 7th “BE BEST day”. 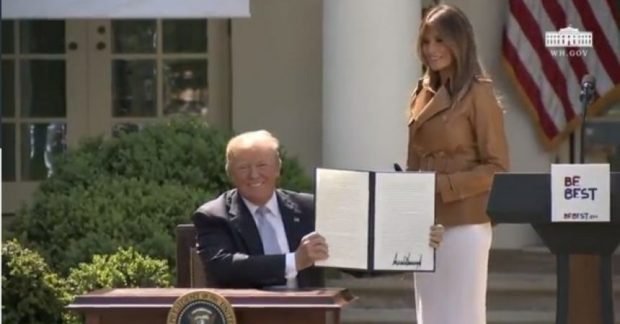 Support Conservative Daily News with a small donation via Paypal or credit card that will go towards supporting the news and commentary you've come to appreciate.
Tags
Be Best