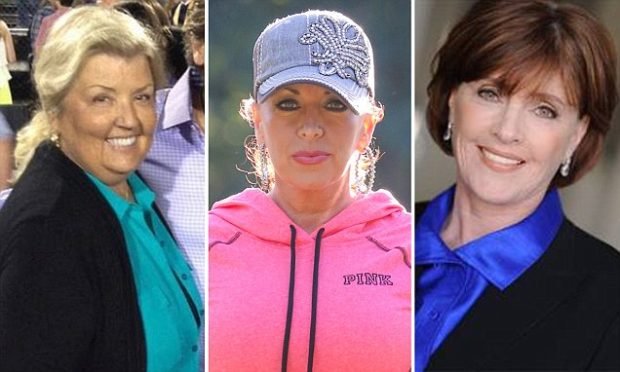 “With Bill Clinton, the media did everything to wish his sexcapades away so they could concentrate on what he was doing. With Trump, they are emphasizing them to distract from what he is doing.”—Tammy Bruce, radio host and political commentator.

Tammy Bruce is right. Under Bill Clinton, the media became very conflicted. They didn’t know whether to ignore these women coming out and protect Bill or go with their thirst for anything scandalous and salacious and report it so they did a little of both. Hillary formed what she called “the bimbo eruptions unit” which consisted of bodyguards to ward off her husband’s accusers and in many cases they intimidated and forced them into silence.  So much for Hillary being a champion of women coming out with term like that and hiring people to silence her husband’s victims.

Feminists also became conflicted and found an excuse every time Bill abused a woman. When Paula Jones accused Bill of having a state trooper bring her up to his room where he dropped his pants and asked her to kiss his manhood and she ran out, the feminists said ‘Well at least he took ‘no’ for an answer.” Paula later sued Clinton and many years later he paid her $800,000.

When Kathleen Willey accused Bill of groping her, fondling her and forcing his body on her and forcefully kissing her, the feminists blamed the victim saying that she was dressed sexy and came on to him.

When Juanita Broderick reported Bill had raped her they ignored her because it happened so long ago.

Finally, when Monica Lewinsky came out and it was reported that she gave Clinton oral sex under a desk while he was on the phone to the ambassador to Bosnia they said that he was under a lot of pressure and needed some relief.

With the exception of Monica none of these acts were consensual and even with Monica, Bill just used her for his own gratification.

During his debate with Hillary, Trump invited Bill’s accusers to the debate along with a woman who was raped when she was 12 years old and Hillary, then a lawyer, got her rapist off and laughed about it later on and sat them in the front row. The look on Bill’s face was sheer horror and surprise at his past coming back to haunt him.

Compare their coverage with Trump and Daniels as compared to their coverage of Clinton’s accusers. With Paula Jones, CBS and NBC did not cover her and ABC devoted 16 seconds to her.

In1997when Paula Jones’ legal team subpoenaed  Kathleen Willey, CBS and NBC devoted I minute and 34 seconds to it, ABC did not cover it and CNN devoted 26 seconds to it.

In 1998 when Juanita Broderick accused Bill of raping her ABC and CBS had no coverage and ABC had over seven minutes.

Now Andersen Cooper interviewed a Playboy Centerfold Karen Mcdougal who said she had a consensual affair with Trump and said she voted for Trump. Cooper spent two hours asking her all kinds of salacious and sexual questions. This shows you how biased the destroy Trump liberal mainstream media is. Since when did they suddenly become moralists?

On Monday night Sean Hannity will have Paula Jones, Kathleen Willey and Juanita Broderick on his show. It should be interesting.