At least eight people were killed and 11 injured when a man shouting “Allahu Akbar” ran over several cyclists and joggers in New York City then jumped out of his truck with a paintball gun and pellet pistol.

The suspect, 29-year-old Sayfullo Saipov, a citizen of Uzbekistan, was shot by police and taken into custody during the attack. The suspect is recovering at Bellview hospital. Sayfullo, according to Islamic terrorism expert Brigitte Gabriel, translates into “sword of Allah.” Notes inside the terrorist’s vehicle indicate that he had pledged allegiance to ISIS.

One of the injured is a school student that was critically injured when the Islamic terrorist slammed the Home Depot rental truck he was driving into a school bus in which the child was riding.

Authorities are treating the incident as an act of terror.

“This was an act of terror, and a particularly cowardly act of terror aimed at innocent civilians,” de Blasio tweeted Tuesday evening.

This was a cowardly act of terror. It was intended to break our spirit. But New Yorkers are resilient. We will be undeterred.

President Donald Trump used Twitter to initially express his thoughts and prayers to those affected by the deranged attacker.

“My thoughts, condolences and prayers to the victims and families of the New York City terrorist attack,” he said on Twitter. “God and your country are with you!”

My thoughts, condolences and prayers to the victims and families of the New York City terrorist attack. God and your country are with you!

Later Tuesday, the White House released a full statement from the president.

Our thoughts and prayers are with the victims of todays terrorist attack in New York City and their families. My Administration will provide its full support to the New York City Police Department, including through a joint investigation with the Federal Bureau of Investigation. We offer our thanks to the first responders who stopped the suspect and rendered immediate aid to the victims of this cowardly attack. These brave men and women embody the true American spirit of resilience and courage. I will continue to follow developments closely.

According to NYPD, the truck entered the bike path on West Street a few blocks from the new World Trade Center and ran over several people jogging and riding bikes. The driver then crashed into a school bus, jumped out of his rental truck carrying what turned out to be a paintball gun and a pellet gun and engaged police officers who then shot and arrested him.

Police have told reporters that the suspect didn’t say anything other than “Allahu Akbar.”

Uzbekistan shares a border with Afghanistan, the country that sheltered the Taliban after the 9-11 attack on the United States. 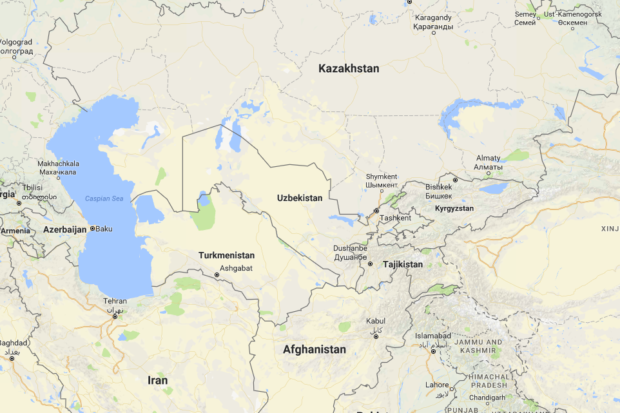 Support Conservative Daily News with a small donation via Paypal or credit card that will go towards supporting the news and commentary you've come to appreciate.
Tags
New York City Sayfullo Saipov terrorism