I was around during the presidencies of Nixon and Reagan and remember all the criticism from the media on them, but never in all my life have I seen more hate, rage, name calling and mean spiritedness coming at this President from people always speaking out against hate and rage and mean spiritedness.

According to them, Trump is incompetent and mentally ill when it is THEY who are unfit to do their jobs. They are all suffering from what is known as TDS or Trump Derangement Syndrome. This all started election night when the left wing Hillary supporting media discovered that they lost the house, lost the senate, lost the presidency and lost over 1000 seats nationwide by the forgotten men and women of this country. It was then that they just “snapped” like a violent mental patient and became completely unhinged. They made up stories about him, misquoted him, took words out of context and just plain lied about him left and right and believed their own lies. Only a mentally ill person acts like that.

They are projecting their own faults, foibles, incompetence, and misdeeds on Trump to make him look like the bad guy. They accuse him of collusion with Russia when Hillary and Obama colluded with Russia many times. They call him racist when Hillary and Bill are known to frequently use the  ’n’ word and it goes on from there. Only mentally disturbed people act that way.

Consequently, violence started erupting in the country. The mainstream media had a chance to call for peace in the midst of this political violence, but instead,  CNN, MSNBC, and others added fuel to the fire. James T. Hodgkinson apparently believed the media’s lies about Republican health care plans to such an extent that he tried to murder several Republican lawmakers at a Congressional baseball practice in Alexandria, Virginia. The media uses certain buzzwords such as “racism” and “fascism” as part of their media-driven hysteria that ultimately sees violence as appropriate when it comes to stopping “America First” and right-wing populism. All the crybabies and special interest groups are tearing this country apart. Have never seen so many whiners and haters.

And you wonder why people do not believe in the new media anymore. We have no news media in America anymore. What we do have is a bunch of idiots who lie, make things up, and try to pass it off as real news. Of course, this is 100% of the liberal, lying, left, an extension of the Democrat party.

The left will do anything to denigrate the president (Trump, that is). Pretending that Obama is helping out in Houston while Trump does nothing is so egregious that it isn’t even amusing. It is stupid and evident of the lengths that the left will go to promote their lies. Obama issued a picture from when he was helping out at a soup kitchen during Thanksgiving and said it was him helping out in Texas. 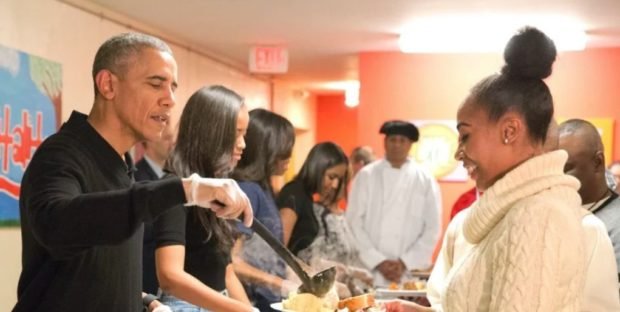 CNN’s Jim Acosta is an example of the many reporters suffering from TDS. Recently he asked   Trump what he was doing to keep the people safe from the hurricane. He ignored multiple reports of Trump’s offers to help with Hurricane Harvey victims. He made it sound like a jab at the president rather than a request for information. Acosta obviously ignored Governor Abbot’s tweet that said Trump called him and said all resources from the federal government would be available to assist the victims and the state.

Acosta also chose to ignore Louisiana Governor John Bel Edwards who tweeted he spoke with Trump and Trump promised full support. Acosta also ignored Sarah Huckabee Sanders who said Trump was watching the storm and would provide complete resources and making preparations for help. If Acosta worked for me I’d fire him for poor reporting and misinformation. I’ve been fired for less from jobs.

The left tried to say Trump lacks empathy and calls him sexist and homophobic and racist. Lacks empathy? How about when he paid people’s mortgages off who couldn’t pay them or how about when he set up a trust fund for Miss Wisconsin’s five-year-old son because she was dying from an incurable disease. Or how about when he flew that five-year-old boy hooked up to machines from New Mexico to New York on his private jet for a procedure he so desperately needed since no normal jet could fit the boy and his machines on there.  So don’t tell me he lacks empathy.

When his state dries out, Louisiana Gov. John Bel Edwards may well remember that he does not see eye-to-eye politically with President Donald Trump, but for now, with Hurricane Harvey having dumped massive rainfall on Louisiana, the liberal governor had nothing but praise for Trump. Edwards appeared on CNN Tuesday and was asked what his state would need to bounce back from the beating it is taking.

“First of all, let me tell you the federal government has been excellent,” Edwards said. “The president has called twice, he signed the declaration we requested within a few hours of our making the request on Sunday evening. Acting Secretary of Homeland Security Duke has been wonderful, and FEMA administrator Brock (Long) has been great as well.”

“He was here last year after record flooding in August and so he wanted to make sure that we had what we need. We appreciate the fact that he very quickly signed the emergency declaration that we had requested. I think we had submitted it late on Sunday evening (and) he signed it before 7 o’clock on Monday morning. So the president has been engaged. Thus far, we’ve had tremendous support from our federal partners and we appreciate it very much in Louisiana,” he said. Are you listening Jim Acosta?

FOX is saying Trump is donating five million of his own money from his own funds, not his organization or any foundation. The media is downplaying the amount saying it is one million, but Fox is reporting five million which I think is more likely since he is worth 3.5 billion.

Trump is the 1st President to donate his entire paycheck to charity and 1st President to donate at least five million dollars of his own money to a disaster relief fund while serving in office. You can say he’s a billionaire and blow it off, but Obama had over $450 million when Sandy destroyed New Jersey and donated nothing. Also, Bush is a very wealthy man and donated nothing to Katrina. Say what you will, but Trump definitely cares about America and the people of this country!!!

Where are the Clintons and Obamas in all this? Hillary got 145 million from Russia when she sold 20% of our uranium to them not counting all the millions they got from other countries to her laundered pay for play Clinton foundation that went into their pockets in overseas accounts.

Where is Obama in all this? I guess he’s too busy looking at beach front property in Martha’s Vineyard to send anything but a faked picture of him helping out in Texas.  Just don’t expect any disaster relief when a hurricane hits your house there Barack.