Just call it the Meathead Commission.

Hollywood extremist Rob Reiner has had it with the glacial pace of Deep State dirty cop Robert Mueller and all of the Democrat witch hunters in Congress who have yet to find President Trump guilty of colluding with Vladimir Putin.

So, what’s the fascistic fat man to do but form up his OWN committee to get to the bottom of how Trump was in cahoots with the Russkies to cheat poor Hillary out of the presidency and “Meathead” and his pinko pals out of four years of parties at the White House and the undying gratitude of the Clinton crime family.

It may be truly pathetic but unfortunately, it’s NOT a joke and if anyone caught anti-Trump hatefest at the Emmy’s the other night, these freaks are drinking their own Kool-Aid.

To understand the gravity of Russia's invasion of our democracy, today we launch Committee to Investigate Russia. https://t.co/sOArPWE7p9

The Committee to Investigate Russia already has a website and although it’s still pretty sparse just LOOK at who is working with the man who became famous for playing Archie Bunkers’ son in law:

According to the website the mission statement is to:

The Russian Active Measures campaign aimed at the United States has been exposed. Using hacking, Twitter armies, and fake news, the Kremlin engaged in an aggressive effort to subvert the American democratic process. Now, only months into his term of office, the President and his staff are facing multiple investigations in the U.S. Senate and House of Representatives and by a Special Counsel for the Department of Justice.

The Committee to Investigate Russia is a nonprofit, non-partisan resource provided to help Americans recognize and understand the gravity of Russia’s continuing attacks on our democracy. All relevant information is aggregated in one place to provide context and allow users to see the full picture of what Russia has done and will continue to do unless we start paying closer attention.

For generations, people have fought to protect democracy. Now it is our turn.

It sounds exactly like something written by a Hollyweirdo who should probably just stick to scriptwriting and out of the realm of international intrigue populated by propagandists like Boot and Frum and spooks like Clapper.

As of Tuesday afternoon, they already have 6,495 Twitter followers at @InvestigateRU which oddly enough, has been on the micro-blogging platform since October 2015 or shortly before Mr. Reiner hosted a swanky fundraiser for Mrs. Clinton at his home in Los Angeles which Variety described as:

The event at the Reiners’ Brentwood home, with tickets starting at $500, was billed as a conversation with Clinton. Those who donate $2,700 got a photo with Clinton, and those who raised $27,000 got access to the host reception.

I wonder how much that it would have taken to get a hand-job.

It doesn’t take much imagination to see who the hidden hands yanking on Meathead’s puppet strings belong to does it? 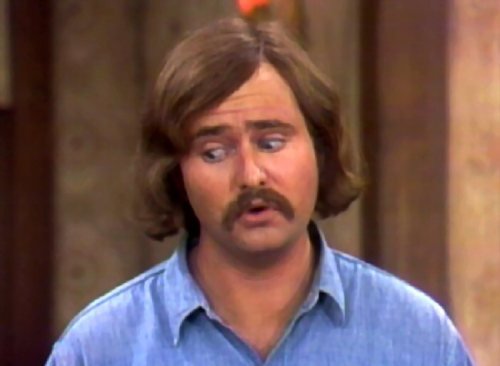