This article is OUTDATED –  see all of our Irma coverage HERE.

The latest update on Hurricane Irma shows the storm striking the Tampa Bay area in the early hours Monday where the National Weather Service says they should expect a category one storm and 5 – 8 ft storm surge. Almost 3 million people are without power according to Florida Power & Light. 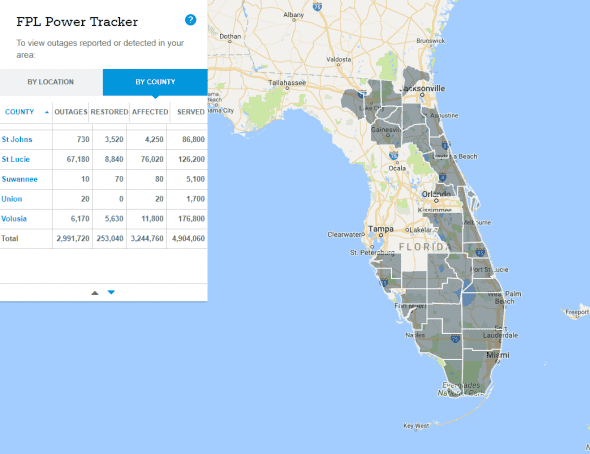 The national weather service is currently forecasting landfall in western Florida. Irma is forecast to head due north and make pass very near Marco Island/Naples and make landfall at Sanibel Island/Ft. Meyers Beach before tracking up the peninsula into Georgia, Alabama, and Tennessee. 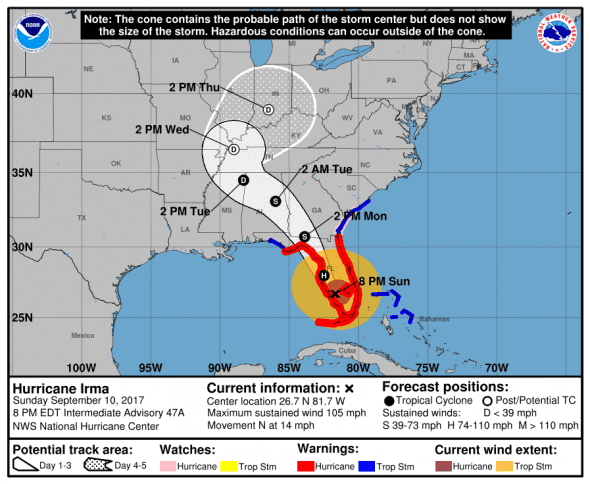 The latest satellite imagery shows an indistinct eye and eroding organization indicating weakening as more of Irma is over land. 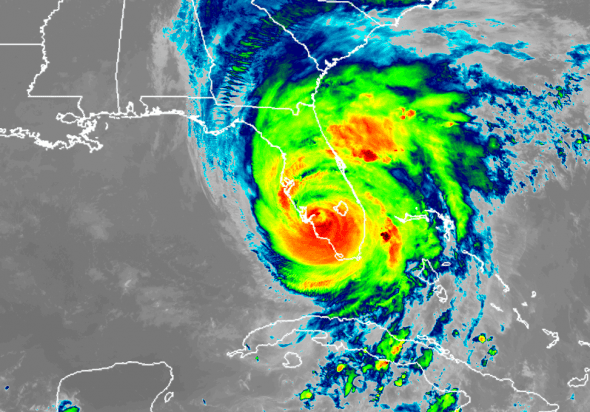 Irma is a category two storm.

Extremely dangerous winds will cause extensive damage: Well-constructed frame homes could sustain major roof and siding damage. Many shallowly rooted trees will be snapped or uprooted and block numerous roads. Near-total power loss is expected with outages that could last from several days to weeks.

NWS predicts that Irma will strike the western part of Florida. 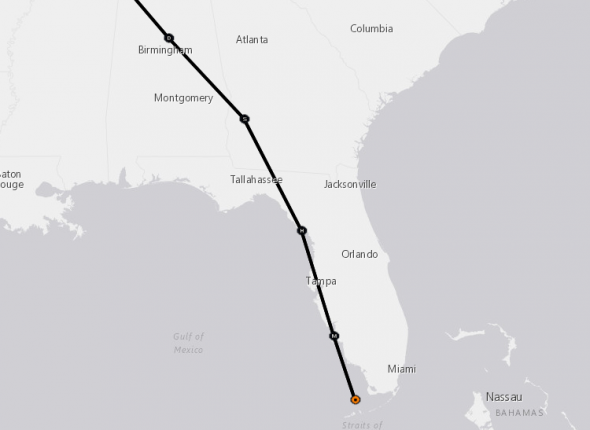 The National Weather Service forecasts Irma to go up through Cape Coral, the Tampa Bay area and up through the panhandle to Georgia. 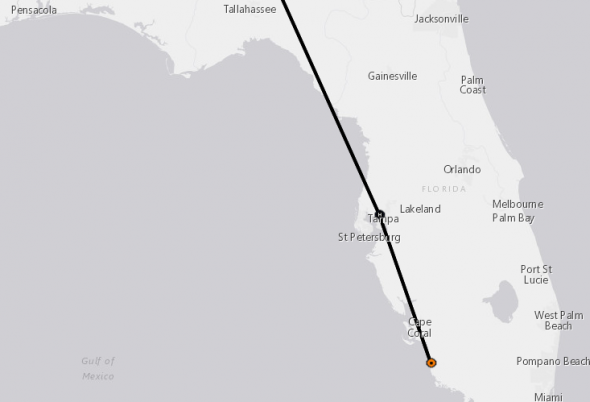 Georgia has declared a state of emergency. Gov. Nathan Deal issued a mandatory evacuation for all areas east of I-95 and other parts of the state’s coast as Hurricane Irma barrels toward Florida and Georgia with potentially catastrophic force. 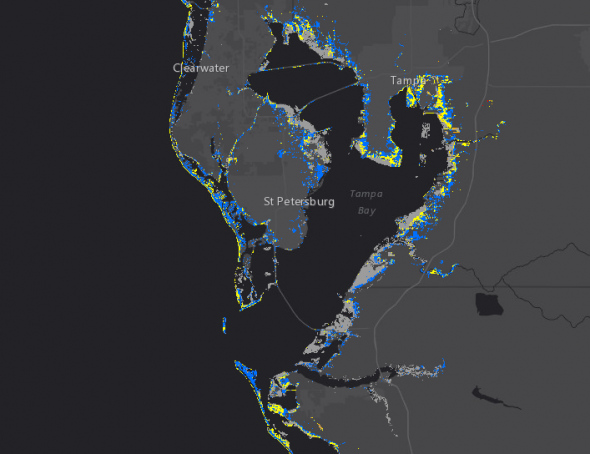 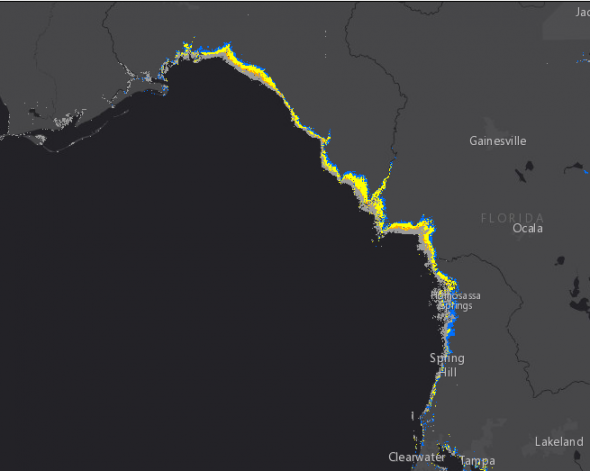 THE EYE: Do not venture outside when the calm eye of the hurricane passes over, as dangerous winds will return very quickly when the eye moves away.

SURF: Swells generated by Irma are affecting the southeast coast of the United States. These swells are likely to cause life- threatening surf and rip current conditions. Please consult products from your local weather office.