Hurricane Harvey is expected to strike the Texas coast just around 1 am CDT Saturday morning as a powerful category 4 storm packing winds of 130 mph or more. The National Weather Service warns that “life-threatening and devastating flooding expected near the coast due to heavy rainfall and storm surge.”. Areas from Corpus Christi to Houston will see flooding rains. Corpus, Port Aransas, and the surrounding areas will see 120+ mph winds.

All available live streams, videos, and broadcasts will be made available HERE. 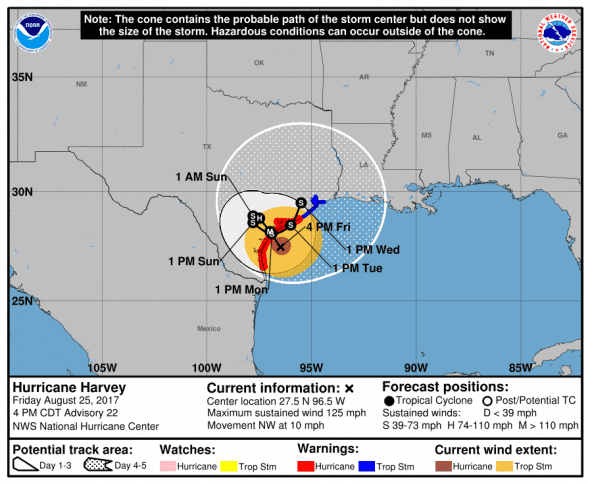 Harvey was last reported at 27.8N, 96.8W moving northwest at 8 mph with maximum sustained winds of 131 mph. The estimated minimum central pressure based on data from NOAA and Air Force Hurricane Hunter aircraft is 941 mb (27.79 inches) and stable. 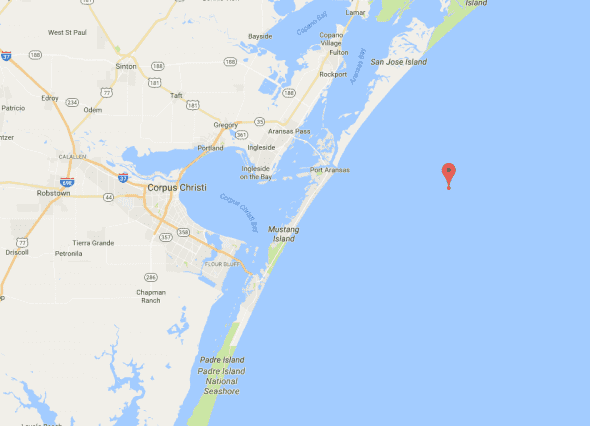 Harvey’s track has moved about 12 miles east from the last update and is now expected to make landfall just a few miles east of Lamar, Texas. Rockport and Fulton will now be spared from the strong side of the storm – the right side – but will still take a major hurricane head on. Even worse, the returning track as Harvey heads back to the Gulf, will come even closer to Lamar, Fulton, and Rockport. 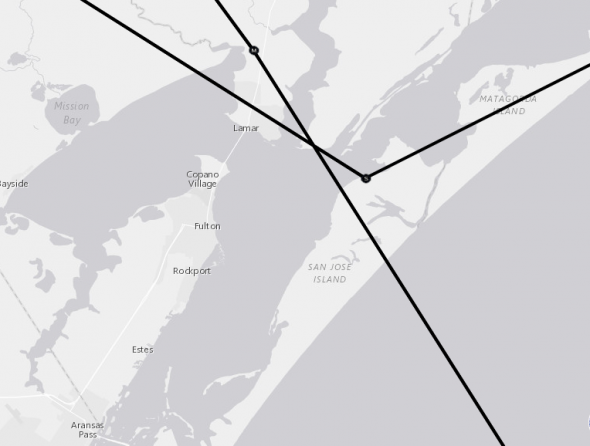 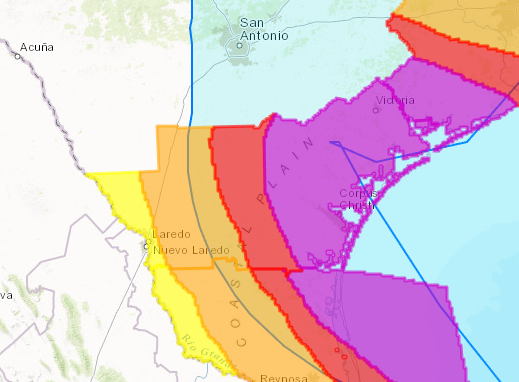 After 48 hours onshore, Harvey is expected to return to the Gulf of Mexico (times as of 0400 CDT): 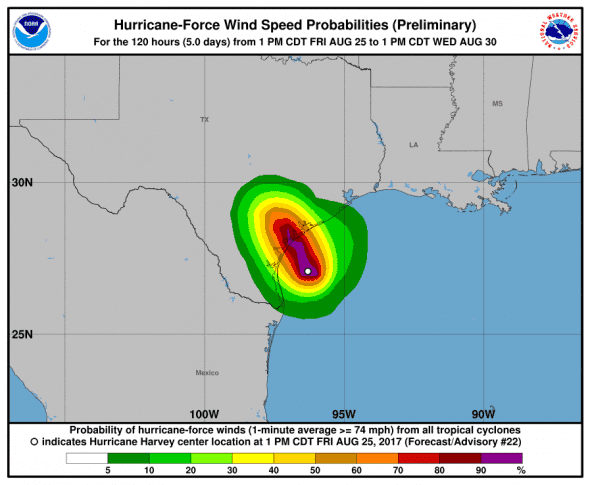 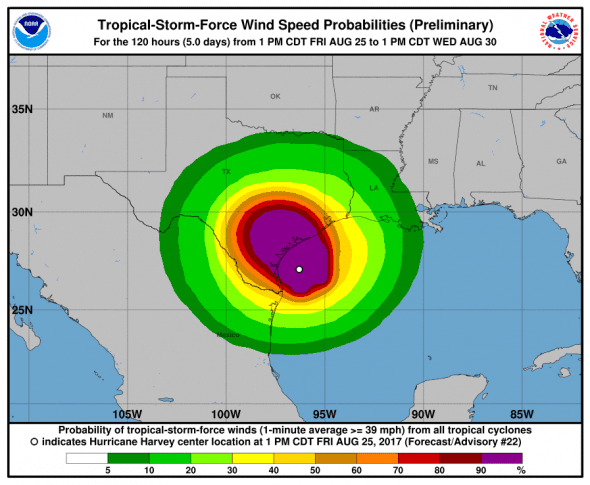 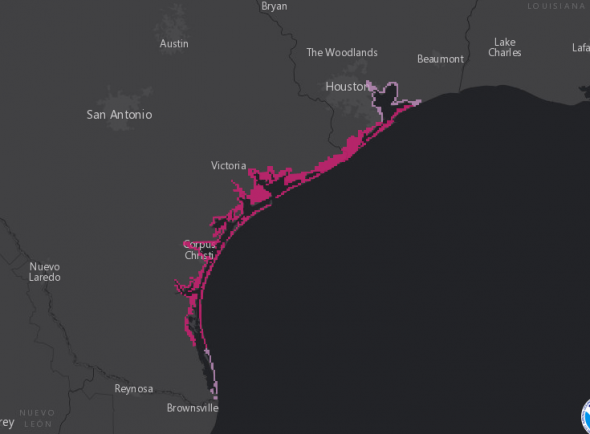 What are Category 3 and Category 4 Hurricanes

The storm categories come from the Saffir-Simpson Hurricane Wind Scale designed to relay the magnitude of a storm’s impact.

Category 3 storms have maximum sustained winds of 110 to 130 mph and according to the  Saffir-Simpson Scale:

These storms can cause some structural damage to small residences and utility buildings, particularly those of wood frame or manufactured materials with minor curtain wall failures. Buildings that lack a solid foundation, such as mobile homes, are usually destroyed, and gable-end roofs are peeled off. Manufactured homes usually sustain severe and irreparable damage. Flooding near the coast destroys smaller structures, while larger structures are struck by floating debris. A large number of trees are uprooted or snapped, isolating many areas. Additionally, terrain may be flooded well inland. Near-total to total power loss is likely for up to several weeks and water will likely also be lost or contaminated.

Category 4 storms have maximum sustained winds of 131 to 155 mph and:

produce more extensive curtainwall failures, with some complete structural failure on small residences. Heavy, irreparable damage and near complete destruction of gas station canopies and other wide span overhang type structures are common. Mobile and manufactured homes are often flattened. Most trees, except for the heartiest, are uprooted or snapped, isolating many areas. These storms cause extensive beach erosion, while terrain may be flooded far inland. Total and long-lived electrical and water losses are to be expected, possibly for many weeks.