Has the world gone mad? How is it that a person can pretend to be something that they are not and society not only accepts it but campaigns for it against reality? Reality is nearly dead in this country thanks to the left.

There are two genders and only two genders, if you are born a male, you will die a male no matter how many operations you have. Your DNA and your biological makeup will never change, no matter what a person tries to do to themselves, you are what God created you to be and that’s how you will remain.

The proof is right here:

On YouTube, 22-year-old transgender man (that means he is really a woman, I always get that confused) from the United Kingdom, revealed during a video June 14 the experience of having a menstrual cycle for the first time in nearly four years. He/she went on to say, “A little while after I switched … I had a visit from an incredibly, very unwelcome guest, I basically got my period for the first time in, like, nearly four years. I felt really kind of very awful about it at the time. I was just crying, and it was horrible, it didn’t make me any less of a man.”

Well, I got news for he/she, it does make you less of a man, and, as a matter of fact, it makes you all woman. One man commented hit the mark when he wrote.

“Men cannot have periods. End of story. Women, trying to chemically become men via hormones? Yes. They can get periods. I’m not trying to be mean, just going with scientific FACTS. Belief does not change your gender, neither does hormones or surgery. You can change your appearance with both, but you cannot change the fact that even a slight deviation of those hormones & your body will go back to what it is supposed to be doing, what it is made to do. Your chromosomes determine your gender, not your desire or what you want to identify as … it’s a scientific fact.” Amen brother, finally, someone with common sense.

Even Feminist author and Professor Camille Paglia said about so-called transgender children. “I condemn the escalating prescription of puberty blockers for children,” she continued. “I regard this practice as a criminal violation of human rights.” She also said: “the cold biological truth is that sex changes are impossible.”

We now have a male who became a female on a high school track team and he is winning every race. Why? Because he is biologically a male, how fair is that to the real girls on the team?

We now have government issued documents stating Male, Female or Other. There is no other, there is only male or female. I think there is some kind of law against falsifying government documents.

We also have idiots in Canada who are letting the baby pick their own gender. “It is up to Searyl (the baby) to decide how they identify when they are old enough to develop their own gender identity,” a parent said. “I am not going to foreclose their choices based on an arbitrary assignment of gender at birth based on an inspection of their genitals.” That should be child abuse.

SCOTUS really needs to step in here and settle this so we can get back to some kind of reality in this country. A male is a male and a female is a female, and you can’t be anything else, if you think you are, get yourself some help. 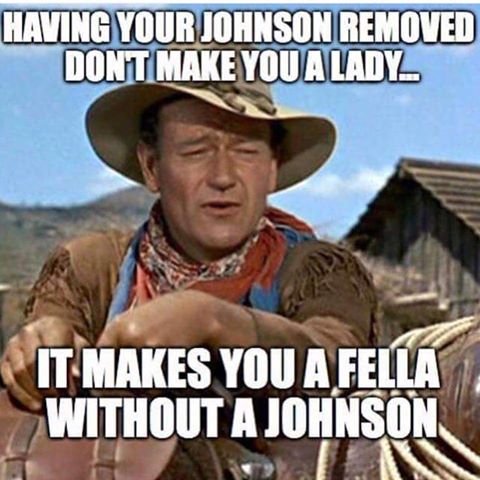 Support Conservative Daily News with a small donation via Paypal or credit card that will go towards supporting the news and commentary you've come to appreciate.
Tags
gender politics LGBT Politics SCOTUS Transgenderism