President Donald Trump‘s schedule for Saturday lists a single event. The president will attend the commissioning of the USS Gerald R. Ford aircraft carrier. No other public events have been offered by the White House Press Office.

The Ford is the most advanced carrier in the U.S. Navy. The new design features electromagnetic catapults, an upgraded electronics package, and a deck configuration that will allow for quicker aircraft turnaround. 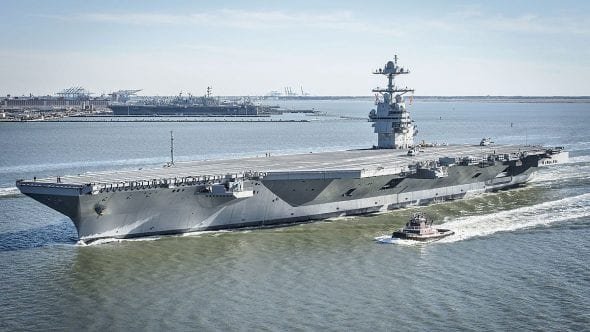 After the ceremony, Trump went to the Trump National Golf Club in Sterling, Virginia where he had lunch with members of his cabinet and Stephen Miller.

Support Conservative Daily News with a small donation via Paypal or credit card that will go towards supporting the news and commentary you've come to appreciate.
Tags
The President's Schedule Trump Administration USS Gerald R. Ford