As we celebrate the 241st birthday of America, a recent survey found that over 70% of people think our Founding Fathers would be unhappy with the state our country today. The Revolutionary War was fought to free ourselves from the tyranny of an English king so that we may live as free people and govern ourselves as we see fit.

Fast forward to today. Enter Bernie Sanders, a Socialist who believes that freedom means free stuff. According to Bernie America will not have true freedom until we have free college, free healthcare, and a guaranteed income for all. Makes no difference that Socialism has failed everywhere it was tried and is also responsible for the deaths of millions of people.

The Revolutionary War was fought by people who wanted true freedom, freedom of religion, speech and association is among them, which all three are constantly under attack from the Left. I think the Democrats have forgotten what the Declaration Of Independence says.

We hold these truths to be self-evident, that all men are created equal, that they are endowed by their Creator with certain unalienable Rights, that among these are Life, Liberty and the pursuit of Happiness.

My grandfather came to this country in the early 1900’s, I remember him telling me that the only right we have is the right to breathe as free men, the rest is up to the individual. Boy how times have changed. 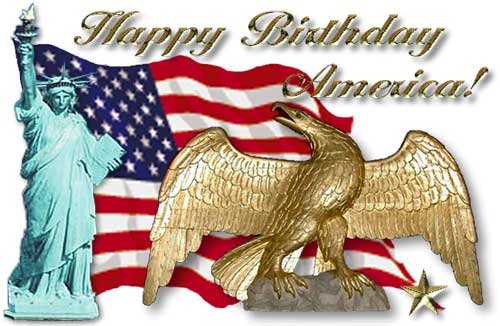 Support Conservative Daily News with a small donation via Paypal or credit card that will go towards supporting the news and commentary you've come to appreciate.
Tags
America Bernie Sanders declaration of independence