There was a good deal of controversy last month when the Chicago Dyke March kicked out a number of Jewish gays for their multicolored pride flags bearing the Star of David.

The group has a hard line when it comes to taking sides in the Israeli-Palestinian conflict – they are with the terrorists – and their actions perfectly illustrate the growing intolerance on the left.

Now in a show of solidarity with their Dyke March cohorts, the Chicago SlutWalk has similarly banned any of what they refer to as “Zionist” displays and sentiment from their protest that is scheduled for August 12th.

Following the Chicago Dyke March’s controversial decision to eject pro-Israel participants from last month’s rally, the SlutWalk march has announced it is also banning “Zionist displays” from appearing at its August protest.

SlutWalk, which describes itself as a “an international movement that fights rape culture, victim blaming, and slut shaming,” insisted its decision to ban pro-Israel displays during its Aug. 12 march at Lake Shore Park is a decision rooted in anti-Zionism, not anti-Semitism.

“We still stand behind @DykeMarchChi’s decision to remove the Zionist contingent from their event, & we won’t allow Zionist displays at ours,” the Chicago SlutWalk Twitter account tweeted.

The news comes several weeks after the Chicago Dyke March ejected three pro-LGBT, pro-Israel marchers who were reportedly waving flags with the Star of David superimposed over the LGBT rainbow. Despite facing backlash from several Jewish groups, the Dyke March defended its decision to eject the marchers, saying the marchers had “repeatedly expressed support for Zionism” and made people feel unsafe, Breitbart News reported.

SlutWalk defended the Dyke March in several tweets this week, explaining that it’s not the Star of David that’s offensive, but that the marchers “refused to back down” from their pro-Israel beliefs.

“[T]he people carrying the flags in question were altering chants to remove the word ‘Palestine,’” the account tweeted. “[A]fter Palestinian participants expressed discomfort the people were asked what was up, & it became clear they were zionists & there 2 troll.”

It wasn’t that long ago when Team Hillary was trying to smear Trump supporters as being anti-Semitic, anti-Zionist Nazis and bigots yet there is not a peep out of the left over the sentiment from dyke marchers and slut walkers. What’s up with that?

Also, what kind of a society have liberals wrought when such derogatory, misogynist terms are worn like badges of honor?

Support Conservative Daily News with a small donation via Paypal or credit card that will go towards supporting the news and commentary you've come to appreciate.
Tags
feminism Liberal Fascism SlutWalk WTF? 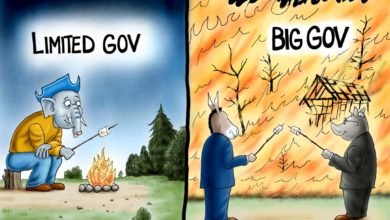