President Donald Trump offered the “deepest condolences” of he and First Lady Melania Trump to the family of Otto Warmbier after his passing on Monday.

“Melania and I offer our deepest condolences to the family of Otto Warmbier on his untimely passing,” the president said in a statement. “There is nothing more tragic for a parent than to lose a child in the prime of life. Our thoughts and prayers are with Ottos family and friends, and all who loved him.”

“Otto’s fate deepens my Administrations determination to prevent such tragedies from befalling innocent people at the hands of regimes that do not respect the rule of law or basic human decency,” Trump said. “The United States once again condemns the brutality of the North Korean regime as we mourn its latest victim.”

Warmbier was arrested in North Korea for having stolen a poster from the lobby of a hotel. He was sentenced to 15 years of hard labor for the crime.

The family had worked with the Obama administration to get their son home but to little avail. This year, they asked the Trump administration for help and Otto returned home just five months into Trump’s first term.

When Otto returned, it was originally reported that he was in a coma due to a botulism infection. Instead, U.S. physicians ruled out the infection and said that cardio-respiratory arrest had caused irreversible brain damage sometime last year. Doctors said he was in a non-responsive woken state. 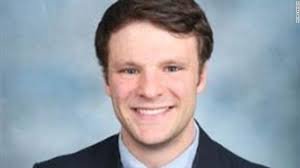 Support Conservative Daily News with a small donation via Paypal or credit card that will go towards supporting the news and commentary you've come to appreciate.
Tags
North Korea Otto Warmbier