It may have not received the national attention and media coverage that was focused on Georgia but the Democrats also lost a special election in South Carolina on Tuesday night.

In the race to fill the open seat of Trump administration budget director Mick Mulvaney, Republican Ralph Norman was the victor.

It was the cherry on top of the cake of Democrat woe on Tuesday as heralded Jon Ossoff went down in Georgia’s 6th Congressional District in the most expensive House race in history. Dems seemed to have little concern for South Carolina as they bet the house on Georgia and lost it all.

"It's time to govern. It's time to get things done." Republican Ralph Norman said in victory speech. https://t.co/L38RLpT59e #SC5 pic.twitter.com/lS3bIUaLlv

Republican Ralph Norman won a special congressional election Tuesday in a sign that Republican support in the Palmetto State is unwavering in the era of President Donald Trump.

Norman, who was just elected to his sixth legislative term in the most populated part of the South Carolina’s 5th District last year, received nearly 45,000 votes, while Parnell collected a little more than 42,000 votes in his first ever political contest.

Norman’s home county of York provided the final push he needed to carry the election, handing him around 54 percent of the more than 37,000 votes cast in the county, according to unofficial returns.

President Trump was quick to congratulate Norman on his big win:

Ralph Norman ran a fantastic race to win in the Great State of South Carolina's 5th District. We are all honored by your success tonight!

With Tuesday’s drubbings, Democrats are now winless in the special elections that they were counting on to establish the narrative that America had turned against Trump.

Now that strategy lays in smoking ruins but with Democrats being Democrats, they will find a way to triple-down on failure.

Now the Democrats have frittered away eight months during which their only policy has been hating on Trump and that doesn’t create one job or fill one belly.

The intense focus on promulgating Russian conspiracy theories and whipping up the easily manipulated rabble to protest Trump has cost them dearly and deprived them of critical time to formulate a message that appeals to a wider slice of the electorate than their dimwitted, hateful base.

It doesn’t look like nutty Nancy Pelosi is going to get her gavel back next November. 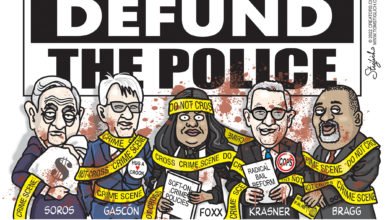 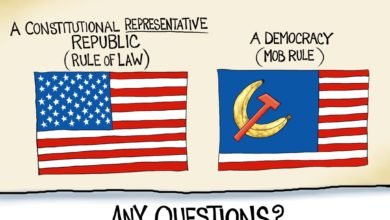