No Evidence of Collusion – The Left Moves the Goalposts

Much to the chagrin of Hillary Clinton loyalists, the headlines from erstwhile FBI Director James Comey’s testimony before the Senate Intelligence Committee last week should have been, “President Not Under Investigation – No Russian Collusion.” But much to the chagrin of everyone else, they weren’t. Not that it should be a surprise, as the left, along with their propaganda arm, the mainstream media, continue their incessant and constantly evolving assault on the president and his administration. 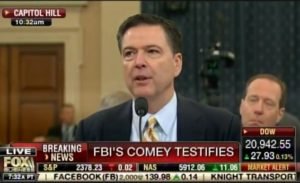 In his testimony, Comey made clear that at least three times he told the president that he “was not under investigation.” The only way he could make such a statement is if there was no evidence of collusion with Russia during last year’s presidential campaign. Based on his testimony and his attitude toward the president (who he clearly disdains), if there was any evidence to support the allegation, Trump would be under investigation by the Bureau.

It must have been difficult for Comey to make such an exculpatory statement. After all, he documented all of his five visits with the president, and subsequently shared his private meeting memos with a “friend,” who he told to share (leak) the contents with reporters. It’s no surprise that the one fact most salient and pertinent in voter’s minds was the only one that wasn’t leaked prior to his testimony: that the president was not under investigation since there was no evidence of collusion.

Instead, the most salacious tidbits Comey could leak through his “friend” to the press was a purported “loyalty oath,” and a statement made in support of former National Security Advisor Michael Flynn.

So now, with the president cleared of alleged “Russian collusion” by the former FBI Director, the sands have shifted, and the goalpost has been officially moved. If Trump is not guilty of collusion, which has been the fabricated narrative Democrats have trumpeted for the past eight months, he must now be guilty of obstruction of justice.

The Legal Dictionary has a lengthy definition for Obstruction of Justice. It lists specific actions which are prohibited. “Section 1503 proscribes obstructions of justice aimed at judicial officers, grand and petit jurors, and witnesses. The law makes it a crime to threaten, intimidate, or retaliate against these participants in a criminal or civil proceeding.” Bribery is also proscribed.

The definition continues, with the even more broad Omnibus Clause, which states that a person who “corruptly or by threats of force, or by threatening letter or communication, influences, obstructs, or impedes, or endeavors to influence, obstruct, or impede the due administration of justice” is guilty of obstruction.

According to Comey’s leaked memorandum, Trump, during one of their visits, reportedly said, “”I hope you can see your way clear to letting this go, to letting Flynn go.” Comey must be even much weaker than he confessed during his testimony if he thinks a statement that starts with “I hope” is threatening, intimidating, or retaliatory. 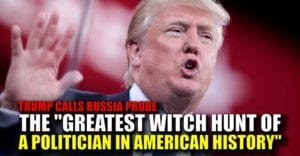 It would be a veritable impossibility for any prosecutor to prove, beyond a reasonable doubt, an attempt to obstruct justice based on such an innocuous and precatory statement. No threat, no intimidation, and no retaliation. Not even a forceful demand to suspend or curtail an investigation against Flynn.

What this represents, however, is the strategy of the Democrats against the administration. If they can’t get collusion, they’ll allege obstruction of justice. When they can’t get that, they’ll move on to their next allegation or assertion, whatever it may be. For clearly they seek not to just slow the agenda of the new president; they want to facilitate a coup and topple him, or at the very least, attempt to cripple him. If they can’t win at the polls, they’ll stop at nothing to advance their agenda, even if it means undermining and destabilizing our republic, and our democratic process.

This is further validated by the appointment of former FBI Director Robert Mueller as Special Counsel to investigate Russian meddling in our election. The premise of his appointment by Deputy Attorney General Rod Rosenstein was to continue investigating the “Trump/Putin connection.” Now that such a connection is proven to be nonexistent, mainstream media headlines tout Mueller’s investigation into “obstruction of justice” charges. Who knows what they will fabricate when that one’s proven unsubstantiated and specious as well. 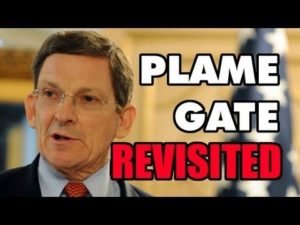 This is amazingly reminiscent of the Valerie Plame investigation during the George Bush years. In 2003, the leak of Valerie Plame as a covert CIA officer prompted the appointment of a Special Counsel, Patrick Fitzgerald to investigate the source of the leak. Within days of his appointment, then-Deputy Secretary of State Richard Armitage revealed to Fitzgerald that he was the source of the leak. Fitzgerald then asked Armitage to not discuss publicly his role in the leak, apparently to justify the Special Counsel’s fishing expedition to find anything amiss in the Bush administration.

For the next two and a half years, Fitzgerald continued his “investigation,” even though he already knew the source of the Plame leak. The objective was to bring down the Bush administration, or at the very least, Vice President Dick Cheney. After years of investigation, and millions of dollars, they succeeded in ousting Cheney’s Chief of Staff, Scooter Libby, on a process crime of false statements, only peripherally related to the Plame leak.

And so it will be this time around. With the focus of Mueller’s investigation already morphing, the net will be enlarged and cast further out, in the hopes of finding something, anything at all, that they can make “stick.” Investor’s Business Daily said of the Plame investigation, “From top to bottom, this has been one of the most disgraceful abuses of prosecutorial power in this country’s history.” Regrettably, judging from the paranoia of the left and the media over Trump, Mueller’s “investigation” will likely eclipse the Plame case.

0
Previous: Trump’s Speech on Cuba in Miami: The Best of His Career
Next: Gingrich: “President Cannot Obstruct Justice” [video]