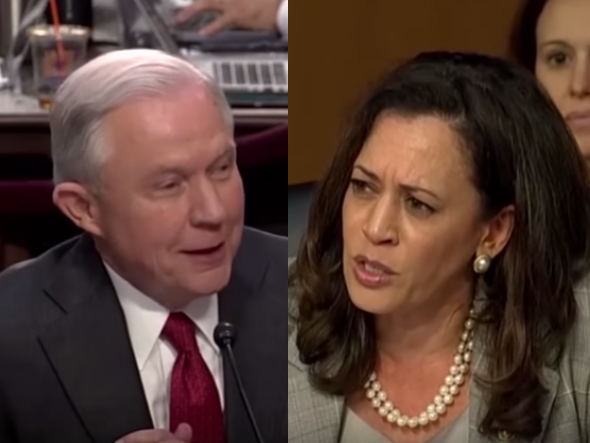 Attorney General Jeff Sessions‘ honest testimony on Tuesday is being turned upside-down in order to create a hero from a nobody and a villain out of a patriot.

Overall, the Senate Intelligence Committee seemed to have little interest in finding any evidence of Russian interference in the 2016 election. Instead, the entire hearing, minus Sen. Tom Cotton’s moment of levity, was a witch hunt. And the leader of the hunt was a freshman Democrat Senator from California.

Sen. Kamala Harris constantly interrupted Sessions as he tried to fully answer her barrage of questions. She starts off with a question that absolutely no one else cares about: “Did you refresh your memory with any written documents?” She pushes this line of questioning to the absurd in an attempt to paint Sessions as inept for not re-reading a specific policy document that had zero bearing on the Russia collusion case. Kamala badgered Sessions as if he were a hostile witness in a criminal trial although he isn’t accused of anything. It was an affront to the Attorney General and the order of the Senate for which she was scolded by her more experienced colleagues.

“The witness should be allowed to answer the question,” Sen. John McCain (R-AZ) exclaimed. Then Chairman Richard Burr (R-NC) broke in to admonish Harris. “The chair will control the hearing. Senator, let him answer.”

While the video plainly shows Harris irreverently harassing a sitting Attorney General with irrelevant questions, the left is painting her as some sort of feminist martyr:

When I searched for “Kamala Harris interrupted sessions” to see if any of the left-leaners managed to correctly report her self-aggrandizing and rude style of questioning, this is what came back: 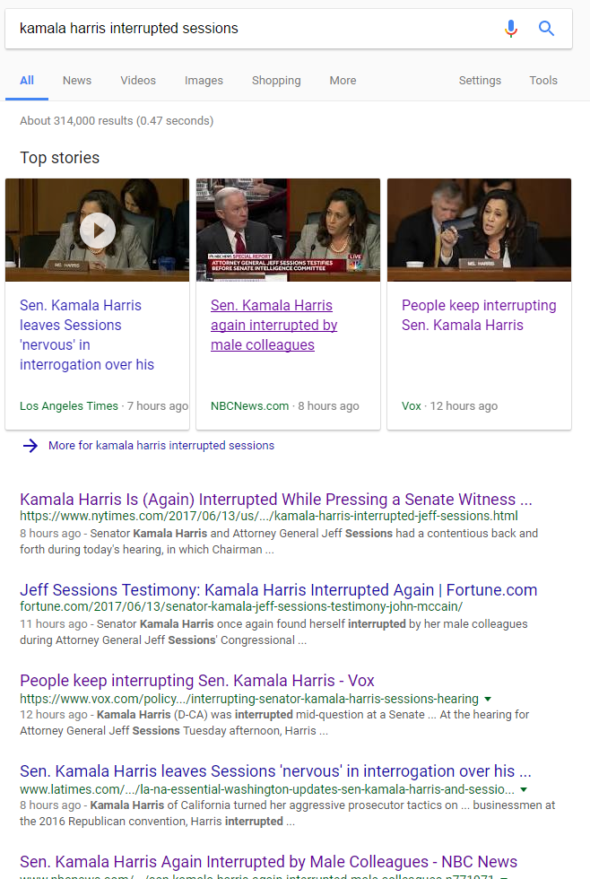 Kamala continually exhibits the “shut up and listen to me” attitude shared by the increasingly closed-minded left and they heaped on the praise.

You won't be able to silence Kamala Harris when you refer to her as Madame President.

Kamala Harris is the only Senator to be interrupted two weeks in a row now.

I had to go digging but did find a few who got it right.

Elizabeth Warren: I'm the most unlikable, shrill person in the Senate!

In other 'unrelated' news: Kamala Harris was the only Senator to totally disregard the rules of the Committee. https://t.co/R7JZwYHejN

Like @BarackObama, @KamalaHarris loves to hear herself talk. Not interested in what others have to say. Perfect rep for Dems. @seanhannity https://t.co/2ajbHKolqp