What F.D.R didn’t do was open up the borders with open arms to allow Japanese into our country, he didn’t say “come on in and I will give you free college.” He didn’t praise them or protect them. He didn’t hold up the Japanese as our friends and give them rights over Americans. He also didn’t condemn Americans for criticizing Japanese and calling them the enemy who must be destroyed. 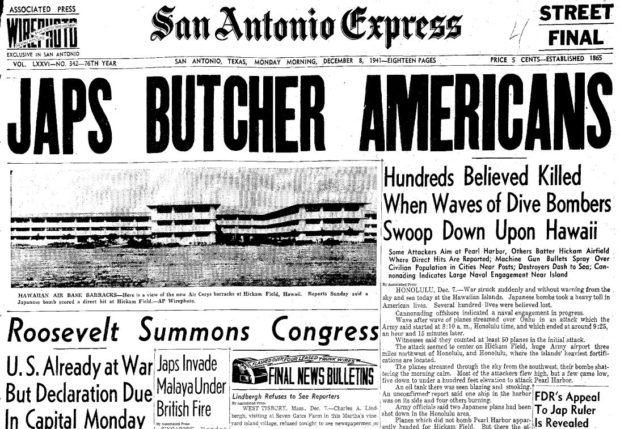 Fast forward 76 years, Muslims attacked us on 9/11 and almost three-thousand people died, at that moment Muslims became our enemy. Are all Muslims bad, of course not, but make no mistake about it, Muslims are the enemy. But the big difference today as compared to 76 years ago, society has taken a hands-off approach to the enemy. The enemy has become a protected class in our country and many countries around the world.

What Western society does not seem to understand is while they say we are not at war with Muslims because of Political Correctness, Muslims are without a doubt at war with us and that is what they are counting on our stupidity. All of a sudden there is a big influx of Muslims into Westerns countries. Why, because they want to live free? Not at all, they are coming here because eventually, they want to convert everyone to the Islamic faith or kill everyone who won’t conform. Make no mistake; they want to see the Islamic flag flying over the White House.

Has America learned nothing from the European and Scandinavian countries where an influx of Muslims has seen a takeover of their cultures? Muslims don’t move into another country to assimilate, they move in to take over. Just look at England where the other day they suffered another terrorist attack, when will they learn? Muslim neighborhoods are called no-go-zones, where even the police are not allowed to go in. Muslims are living not by English law, but by their own depraved Sharia law, and don’t think it is not being done in this country.

For eight years we had an ass kissing president who did little in the defense from Islamic Muslim Terrorists, we now have a president who wants all out war on these terrorists and a big part of America is fighting him every step of the way, a big difference from 76 years ago. My father’s generation knew how to handle the enemy, they treated them like the enemy, unfortunately, this new generation sympathizes with the enemy. America and the rest of the world better wake-up, our political correctness and stupidity will eventually bring us down, and if you want to see how stupid our society has become, just watch the View. 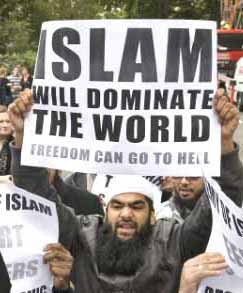