President Trump presented the Commander-in-Chief Trophy to the U.S. Air Force Academy Tuesday for having won the football championship among the service academies.

The Commander-in-Chief’s Trophy was established in 1973 and the U.S. Air Force Academy has won the trophy 20 times – more than any other team. 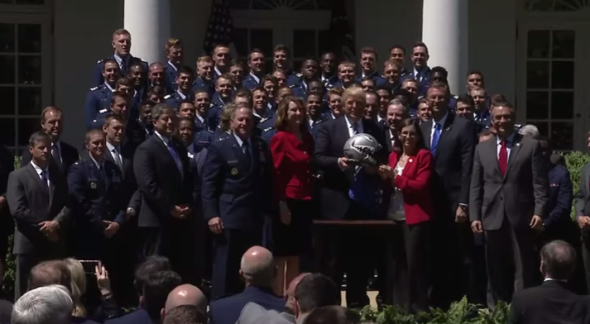 The president also briefly mentioned the spending bill that is set for a vote Thursday. Widely criticized for having given in to democrats on Planned Parenthood, illegal immigration, and the wall, Trump said that the bill was a “what winning looks like.” He said that the bill contains critical funding for the military, school choice, and “no long term bailout for the insurance companies that the democrats desperately wanted.”

The team captains presented a USAF Academy Jersey with “Trump” and the number 1. 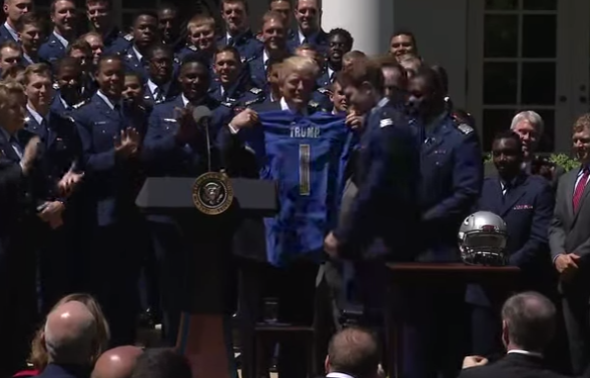 Support Conservative Daily News with a small donation via Paypal or credit card that will go towards supporting the news and commentary you've come to appreciate.
Tags
Commander-in-Chief Trophy