An article published last Wednesday said current and former IRS officials are afraid to testify on criminal actions against Tea Party groups because they believe it “could put their lives in danger.”

They believe their “safety” takes precedence over the public’s right to know. What arrogance! They are public servants paid to serve ‘We the People’, not to serve some tin-horn wanna-be dictator. But, their fears may be well-founded considering the history of Clinton surrogates and enemies mysteriously dying.

I, however, believe that they fear prosecution for their crimes and that THOSE fears have at least as much validity, if not more. As I recall the deaths of Clinton confidants Ron Brown and Vince Foster I believe that the Clinton machine will order and carry out the executions of anyone they see as threats to their criminal cartel.

I have followed the criminal and treasonous actions of Bill and Hillary for a long time. And I believe that they will do anything they can to gain total control of every aspect of the nation, public and private. If they can wrest control from the people, they will turn our nation into a Nazi or Soviet-style gulag where there are no rights afforded anyone except themselves and their inner circle. Citizens will be herded into camps where they are worked, starved, or tortured to death.

These things may seem like extreme paranoia to some, but I have seen with my own eyes what rulers like bill and Hillary have done to the populations they control. Many covert military operations were conducted against the ruling juntas of 3rd world nations in attempts to free people from such oppression, most of which have never and will never see the light of day because they were done “off the radar” without any authorization from the legislative or executive branches of the government, and were financed with cash, “off the books” so to speak. Most were carried out by the special operations community such as Navy Seals and Army special forces teams because that is what we were trained to do – conduct covert operations under the cover of “we have no military presence there” declarations. Any deaths or serious injuries that occurred were listed as “training accidents” and those involved were threatened with long prison terms in solitary confinement if they disclosed the operation to anyone, including close family members. Those sending teams out on covert missions demanded they have “plausible deniability” options so utmost confidentiality was demanded under stiff penalties for violating the absolute secrecy rule. These missions were conducted without any written documentation such as operations orders and all aircraft were painted a flat black with no markings nor navigation lights. Insertions and extractions were done at night unless a daylight extraction was an absolute necessity and only after taking operational objectives into consideration. If a team had information that they had not or could not transmit and was vital they would be pulled out in daylight if the only other option was to lose the information if the team was totally destroyed, meaning all were killed. Some people laugh or scoff at the idea of “black helicopters” but they are, or at least were, a reality.

There is much that the government does today that We the People will never know about. Some of it is for our benefit and some of it isn’t. People like the Antifa crowd, the leftists who wanted Hillary in the White House, may be under observation and investigation just like the TEA Party groups were under the wanna-be dictator Barack Hussein Obama. The difference is that the Obama regime broke the law on many fronts to impede the legal rights of organizations working within the mandates of the Constitution while Antifa uses unlawful means to thwart liberty for citizens. I never saw any reports of TEA Party groups organizing riots, attacking others who had differing opinions, vandalizing and burning businesses, or blocking traffic to get their way. The TEA Party rallies were peaceful, courteous, well-mannered rallies of patriots asking that government follow the Constitution and allow us the liberty given to us by God and guaranteed

The TEA Party rallies were peaceful, courteous, well-mannered rallies of patriots asking that government follow the Constitution and allow us the liberty given to us by God and guaranteed in the Constitution. We never demanded special privileges as the leftist groups do, nor did we riot and hurt others to attain our goals. TEA Party groups never left trash at rally sites and usually left the area cleaner than they found it. That much has been documented by Park Service maintenance crews sent behind TEA Party rallies to clean the area and found no damage, no litter, and that people obeyed signs to

stay off the grass in places. TEA Party people, unlike the leftist groups, are patriotic, law-abiding, polite people. If you want to find people acting like Jesus Christ teaches, go to a TEA Party event.

Lois Lerner and the other officials refusing to testify know they violated the law and fear they will either get their just reward or be killed if they don’t “fall on the sword” to protect the people who gave the orders to them. The ones who gave the orders are their superiors, Barack Obama, Hillary Clinton, eric Holder, Loretta Lynch, and likely others in high government positions under Obama. James Comey even admitted that Hillary Clinton violated security provisions and multiple laws but chose to claim she should not be prosecuted. His actions fly in the face of the oath he swore to “uphold, protect, and defend the Constitution of the United States of America”. All of them deserve prosecution, and prison or execution for their treasonous actions. Lois Lerner and others have much to fear because they could very well reap what they have sown and that could mean spending many years in prison or being executed for their actions, or being murdered by those they obeyed. If lerner and the rest use the “I was only following orders” defense they could very well find themselves sitting on a park bench, shooting themselves twice in the back of the head, and hiding the gun before they died (without leaving a blood trail to the weapon’s location). If they fear for their lives shouldn’t they say publicly who has threatened them? I know I would make sure their names were known if they threatened to kill me! 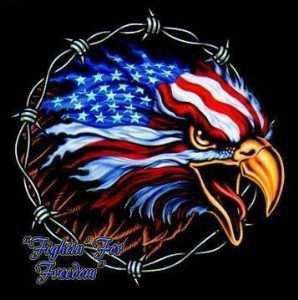 Support Conservative Daily News with a small donation via Paypal or credit card that will go towards supporting the news and commentary you've come to appreciate.
Tags
A Broken System Hillary Clinton Lois Lerner Politics Tea Party Patriots the IRS