An Indian tribe near San Diego is turning their indebted casino into a high-tech marijuana operation.

The Lipay Nation of Santa Ysabel shut down its massive gaming hall in 2014. The Casino had taken on $50 million in debt. Now, the tribe is turning the facility into massive pot growth and manufacturing facility.

According to the San Diego Union-Tribune, “The tribe is the first in San Diego County to embrace the marijuana industry in the wake of a December 2014 memo by the U.S. Justice Department that declared sovereign nations would not be prosecuted for growing pot on tribal land in states that had already legalized the drug.”

The Law on Marijuana

Gambling has been left to the states, but federal law makes clear that certain drugs on a list are under federal control.

The Lipay tribe may be putting their very future at risk. Marijuana is a schedule I drug which puts it under the strictest control standards of the feds. If the federal government decides to enforce existing drug laws, the entire Lipay Nation could end up in legal jeopardy.

The old casino’s parking lot is now littered with the construction of greenhouses awaiting new tenants. 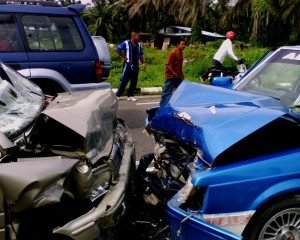 Drugged driving has already overtaken drunk driving among those killed in crashes in America according to reports. As more people are killed by weed, enforcement is sure to follow.

“We have a drug crisis in this country. I think that’s clearly evident and it’s impacting traffic safety,” said Jonathan Adkins, executive director of the nonprofit organization representing state highway safety offices across the United States.

But Adkins said that while marijuana is a major issue because most users combine it with other intoxicants. “It’s not just doing marijuana, it’s mixing it with alcohol, mixing it with Xanax, so that’s really the big challenge,” he said.

Support Conservative Daily News with a small donation via Paypal or credit card that will go towards supporting the news and commentary you've come to appreciate.
Tags
California Iipay Marijuana