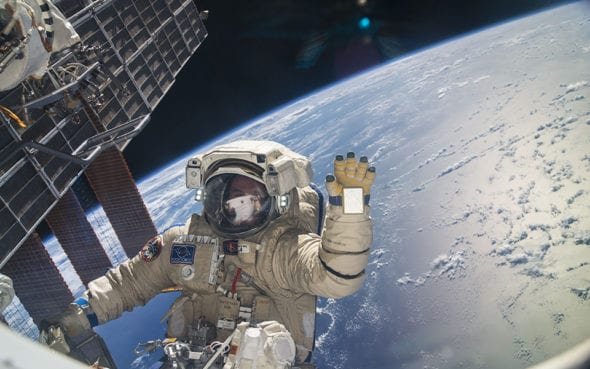 The president has a busy Monday with events and meetings covering everything from space records to media events.

He will then have a video conference with NASA astronauts Peggy Whitson and Jack Fischer who are aboard the International Space Station. Whitson broke the record for the most cumulative days in space on Monday. The president will be joined by his daughter, Ivanka Trump, and NASA astronaut Kate Rubins. The conference call will highlight the importance education in science, technology, and math. The entire conference will be aired live on CDN at 10 am eastern time.

The president will then receive his daily briefing from the intelligence community.

Just before noon, President Trump will host the ambassadors of countries that belong to the U.N. Security Council for lunch. The diplomats will have coffee at the Blair house with members of congress Monday morning before the luncheon. The meeting is unusual and the agenda has not yet been made available to the press.

The president will then sign a Holocaust Remembrance proclamation and host a ceremony for newly appointed ambassadors.

President Trump’s late afternoon contains a meeting with the Secretary of Defense and the Chairman of the Joint Chiefs.

The president will then join a reception for conservative media cementing the broader relationship the president has had with non-mainstream outlets.

His schedule will end with dinner as he hosts Senator and Mrs. John McCain and Senator Lindsey Graham in the White House residence.