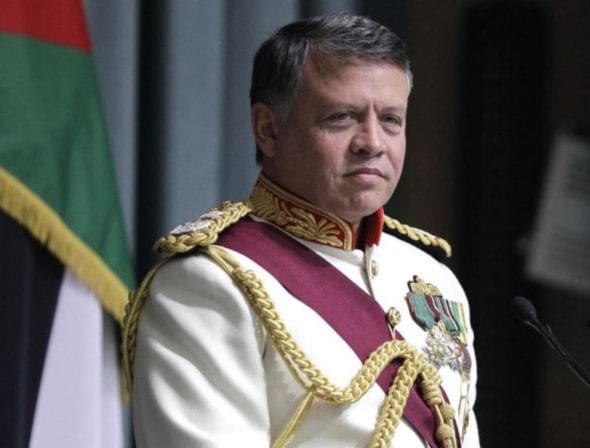 President Trump will speak to Chancellor Merkel by phone to start off his official schedule.

The president will be spending most of his public schedule with Jordan’s King Abdullah II.

The First Lady will be by the president’s side when he welcomes the King and Queen to the White House just before noon.

President Trump will hold two meetings with the King before they hold a joint press conference Wednesday afternoon.

The president will speak with Japan’s Prime Minister by phone to conclude his official schedule.

Just before 6pm, House Speaker Paul Ryan entered the White House on visit not shows on the president’s official schedule.

Editor’s note: This post was updated at 9:45 am to reflect the additions of phone calls to the leaders of Germany and Japan.