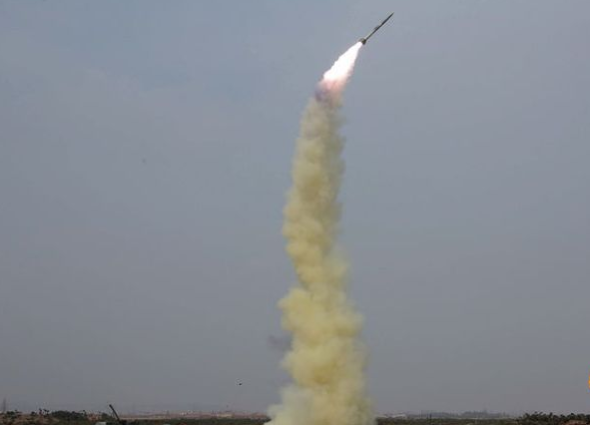 North Korea has defied China and U.S. demands that it stop all testing of missile technology by launching a ballistic missile late Friday.

North Korea disrespected the wishes of China & its highly respected President when it launched, though unsuccessfully, a missile today. Bad!

Early reports are that the missile traveled approximately 25 miles over a period of 15 minutes before crashing on land having failed to make the Sea of Japan.

South Korean experts are calling the launch a failed test of a KN-17 which is a modified SCUD missile intended to target ships.

The launch comes just hours after a special meeting at the United Nations. During the meeting, Secretary of State Rex Tillerson said, “All options for responding to future provocations must remain on the table,” Tillerson said. “Diplomatic and financial leverage or power will be backed up by a willingness to counteract North Korean aggression with military action, if necessary.”

Secretary Tillerson and President Trump had both attempted to calm the North Korean dictator by informing the world that they had no intention of getting rid of Kim Jong-un. America has no interest in interfering with North Korea if it will agree to stop nuclear weapons and ballistic missile testing.

Support Conservative Daily News with a small donation via Paypal or credit card that will go towards supporting the news and commentary you've come to appreciate.
Tags
ballistic missiles Kim Jong-un North Korea