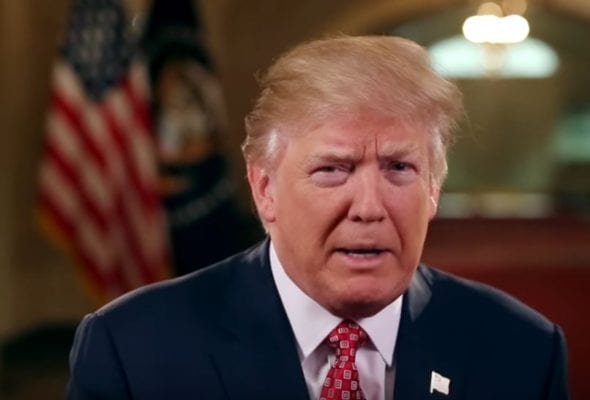 In excerpts from a Fox News interview that will air Wednesday night, Trump told Tucker Carlson that information on the Trump Tower ‘wiretap’ would be coming soon and that whoever took his tax returns did it illegally.

When asked about his tax return being taken public, Trump stated he has “no idea where they got it, but it’s illegal.”

When asked if any proof of Trump tower being ‘wiretapped’ would be forthcoming, the president answered, “Some very interesting items coming to the forefront over the next two weeks.”

He also said that “wiretap covers a lot of different things.”

Support Conservative Daily News with a small donation via Paypal or credit card that will go towards supporting the news and commentary you've come to appreciate.
Tags
Fox News wiretapping