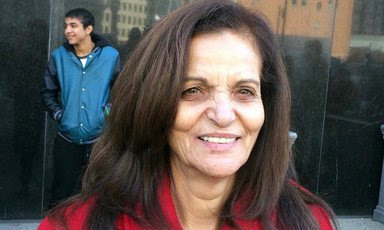 A progressive icon, leader of the recent ‘Women’s March’, and convicted terrorist will be stripped of her United States citizenship and sent packing.

The 69-year-old activist was previously convicted of bombing a supermarket in Israel that killed two Jewish students for which she served 10 years in prison before being released in a prisoner swap with Palestine.

Odeh had failed to disclose her terrorism conviction on her application for citizenship and U.S. officials agreed to forego jail time in exchange for her losing her U.S. citizenship and leaving the country.

Rasmea was one of the lead figures in the ‘Women’s March’ in Washington D.C. that featured activists dressing up as female genitalia, threatening to blow up the White House and declaring that they are “nasty” women.

Support Conservative Daily News with a small donation via Paypal or credit card that will go towards supporting the news and commentary you've come to appreciate.
Tags
Rasmea Odeh