On the night of this past election it looked like it was going to be a long night, so I went to bed and said what will be will be. Waking the next morning I walked out to the living room, my wife was already up with the TV on, she looked at me and said “he won” I shouted a big “ALL RIGHT” and went down to the pool to do my laps.

As I thought of it, that morning was like waking up after an 8 year nightmare. Not being a presidential historian I don’t know if Obama will be the worst president ever, but I do know that he was the worst president in my life time. I always thought that there could never be a worse president than Jimmy Carter, but I was wrong. Even Carter said that Obama was a bad president; it’s like the pot calling the kettle black, (no pun intended).

But now Obama is gone, and it seems like most of the things that he said was part of his legacy will be gone as well. His prize called Obama-care was a big disaster, everything he said it was, was a lie. Who can forget when he famously said, “If you like your doctor, you can keep your doctor, PERIOD. If you like your healthcare plan you can keep your healthcare plan, PERIOD.” He knew it was a lie when he said it.

What about the $787 billion of the American Reinvestment and Recovery Act, which was supposed to go for infrastructure? Well another disaster, when questioned about it months later, he said while laughing, “I guess shovel ready wasn’t as shovel ready as we thought.” Yea, big joke on the American people.

What about new regulations? Obama must be proud of himself because he has topped off at 97,110 pages of new regulations, by far an all time record. These new regulations cost billions of dollars and responsible for keeping our economy stagnant. War on coal, war on oil, he started a war on anything that would have been good for this country. The only war he didn’t pursue like he pursued everything else was the war on terror; he didn’t want to hurt the poor Muslims feelings.

When Donald Trump said Obama created ISIS, he was pretty much on target in a way. Pulling out of Iraq before the job was done created a vacuum which allowed ISIS to pour in, there is a big difference between leaving a war and winning a war, Obama knows nothing about winning. Another one of his dim witted ideas was closing GITMO, releasing hardened terrorists back into the fight so they can kill more Americans. He also pardoned hundreds of criminals from prison, mostly dangerous drug dealers. As a matter of fact he has pardoned over 1,700 people, including Chelsea Manning, (the guy who doesn’t know if he is a man or a woman) an army intelligence analyst who was convicted in 2013 of disclosing sensitive information to WikiLeaks.

Donald Trump is repealing most of what Obama has done to harm this country, with all his policies being thrown in the trash, there will be nothing to remember him for. It won’t be long when you can stop someone on the street and ask them what they think of Obama and the reply will be, Obama? Obama who? 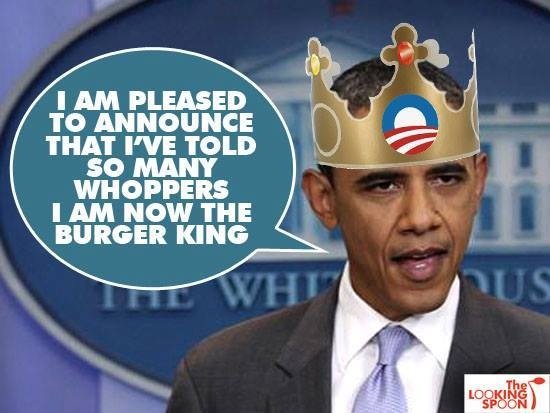